Chad Wasilenkoff is on a hand-holding tour, addressing investor worries over the way his grand project is unfolding.

His idea is to buy rusty old, money-losing paper pulp mills and reinvent them as producers of a type of pulp used in the manufacture of rayon and viscose.

Rayon is supposed to have a bright future as a popular replacement for cotton in the clothing industry in places like India and southern China. As demand for rayon rises, so too does it for the specialty pulp – known as dissolving pulp – produced at the Thurso, Que. mill owned by Mr. Wasilenkoff's Vancouver-based company, Fortress Paper Ltd.

Trouble is, demand for the specialized pulp has fallen dramatically, reflecting the economic slowdown in Asia, just as supply from new entrants was coming onto the market.

The upshot is that Fortress had to drop its dissolving pulp prices for its three main buyers in China.

And there have been irksome ramp-up delays at the Thurso mill.

Some analysts recently downgraded Fortress after it reported a third-quarter loss of $18.9-million on sales of $73-million.

Mr. Wasilenkoff wants it known far and wide – he's on a swing through Montreal after visiting Toronto and on his way to New York and Boston – that a few bumps aren't about to get in the way of his goal of getting Thurso to efficiently produce low-cost pulp at the rate of 200,000 tonnes per year.

"We've got some work to do," he said in an interview. "We're definitely getting there."

Fixed costs at Thurso will come down once a co-generation recovery boiler starts producing energy to sell back to Hydro-Quebec, he says.

And he's confident of sustainable profits in the long term from pulp-for-rayon as population growth, urbanization, changes in diet and the resulting substitution of food crops for cotton continue apace in Asian markets.

Rayon, as well, has been much improved from the days when it made a poor replacement for cotton, said Mr. Wasilenkoff.

Fortress can also better weather price volatility because – unlike other producers – it has a reliable supply of low-cost hardwood chips and a less-expensive chemical process than those used by many rivals, he adds.

As for a planned second dissolving pulp mill, a mothballed Domtar facility in Lebel-sur-Quévillon in Quebec's Abitibi region, conversion is proceeding on schedule with a view to a 2014 launch, he said.

He concedes that "our model has been heavily stress-tested" but is staying true to his contrarian view that there's a major opportunity here to make something new and profitable from an aging, declining forest-products industry.

Besides specialty pulp, Fortress is in two other businesses: banknote and security paper printing, based in a tiny Switzerland burg; and a non-woven wallpaper manufacturer in Germany.

The fact that his company is in three distinct, far-flung and unrelated sectors has led to a so-called "holding company discount," he says.

He remains open to several options for Fortress, including a privatization or a spinoff of some or all of the divisions.

But growth through further acquisitions is also not being ruled out, he said.

A recent article in British newspaper The Independent said Fortress is considering spinning off the banknote unit, which makes the euro for 10 countries.

Mr. Wasilenkoff said there are no formal plans at this point to go the spinoff route for the banknote or other divisions but that taking such action would certainly unlock the value in each of the units. 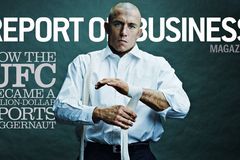 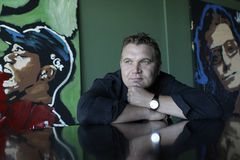