For the oil industry, it is far too early to hail Ottawa's approval of Enbridge Inc.'s Northern Gateway pipeline as the removal of the biggest hurdle before proceeding.

The Harper government's acceptance of the Joint Review Panel's (JRP) clearance for the project is a key step in the sector's aim of getting growing volumes of oil sands crude to the Pacific Coast and on to lucrative Asian markets. However, the government said Enbridge "clearly" has more work to do to bring many First Nations on side.

The nod appeared to harden the resolve of the staunchest B.C. opponents, increasing risks that the 525,000-barrel-a-day pipeline to Kitimat, B.C., from Alberta could still face lengthy court challenges and delays. Enbridge chief executive officer Al Monaco has acknowledged that his company faces an uphill battle convincing coastal aboriginal communities that the project will not mean massive environmental or cultural risk.

"We still have more work ahead of us," he said during a conference call. "The scrutiny on our industry is sometimes difficult, but it's broadened, I think, the discussion around energy issues and engaged more and more people in a key question. And that question is how do we achieve the right balance between the need for energy and ensuring safety and protection for the environment."

Enbridge has said it could take up to 16 months to satisfy the pre-construction conditions.

"In terms of what it means, there's still a lot more to do," said Phil Skolnick, an analyst at Canaccord Genuity.

As a result, it is doubtful investors, in the coming days, will drive up shares in oil sands producers, which have faced volatile pricing due to export constraints, Mr. Skolnick said.

Enbridge has held up Northern Gateway as one cure to pipeline congestion and a heavy reliance on the United States as an export market. Fears about roadblocks to getting it built have grown along with repeated delays in a U.S. approval decision for TransCanada Corp.'s equally contentious Keystone XL pipeline to Gulf Coast refineries.

However, the industry has worked its way around many of the transport pinch points with expansions of some U.S. pipelines and a major increase in capacity to ship crude by rail. Discounts on heavy Canadian crude versus the U.S. benchmark West Texas intermediate have recently hovered around $20 (U.S.) a barrel, versus around $40 a year and a half ago.

Last week, the Canadian Association of Petroleum Producers projected oil sands production would more than double to 4.1 million barrels a day in the next decade, underscoring the industry's desire for more transport capacity to get the bitumen to new markets, such as those in Asia.

CAPP, the industry's lobby group, said it and the Alberta government have made progress in satisfying a demand by B.C. Premier Christy Clark that any bitumen pipelines meet a series of environmental, aboriginal and economic conditions.

Greg Stringham, vice-president of CAPP, said the industry has managed to avoid serious logjams over the past year as approvals for new pipelines are slow to come.

"But eventually we need all of them. There is some flexibility on the timing as to which goes first. Rail and other things can provide some flexibility, but by the time we get out to the end of our forecast, we need them all," Mr. Stringham said.

A pipeline to the Pacific would allow large quantities of Canadian oil to be priced at higher international prices, generating richer corporate returns and more money back to Alberta and federal public coffers, companies and governments say.

Suncor Energy Inc., Cenovus Energy Inc., MEG Energy Corp, China's CNOOC Ltd. and others, which have all chipped in financial contributions for the Northern Gateway regulatory process, keep investing billions of dollars in oil sands projects and expansions, and transport problems represent one of the biggest risks.

"Today's federal announcement regarding the Northern Gateway project recognizes the need for infrastructure while reinforcing the importance of continued and thorough stakeholder consultation," Suncor CEO Steve Williams said in a statement.

Hedging their bets, many companies including Cenovus signed up for capacity on all of the major proposals, which also include Keystone XL, Kinder Morgan Energy Partners' Trans Mountain Expansion and TransCanada's $12-billion Energy East route to Atlantic Canada.

"We're pleased with the decision, recognizing that it's an important step in the process, but there's still a lot of work that needs to be done," said Jessica Wilkinson, spokeswoman for Cenovus, one of the country's largest oil sands producers and a key Northern Gateway backer. 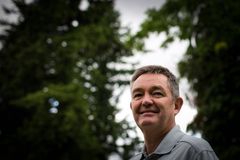 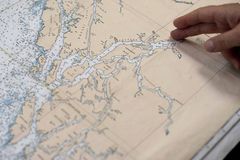