It feels like every day is Black Friday in Canada's oil and gas industry. Deeply discounted prices continue to plague the business. Yet billions of dollars of lost revenue will be cause for a new season to begin. Next year could herald capital spending in line with the country's record.

For now, it's painful. Again. Western Canadian oil is selling for bargain-basement prices. Valuable barrels are being given away to U.S. refineries for up to $40 less than what the Europeans, Chinese or East Asians are willing to pay. It gets worse: A thousand cubic feet of Montney natural gas sells for less than a grande latte. Meanwhile, the Japanese believe the gassy substitute for nuclear power is worth more than a shot of premium sake.

Massive price discounts for North American oil and natural gas are symptomatic of landlocked, stranded molecules, unable to find a pipe, railway car, truck, barge or ship that can navigate its way to a flush buyer. Yet none of this fiscal frustration is new; we've all heard the grouchy dialogue about a lack of "market access."

Thankfully, as the calendar flips to 2014, a new set of themes will be discussed around the white tablecloths of the Petroleum Club. The discourse will start switching from losing money to spending money. Price differentials are likely to remain volatile next year. But money to buy market-healing concrete and steel infrastructure will start to pour out in greater quantity. And the sounds of rubber stamps to spend even more money should be heard soon.

Approvals and more applications for energy megaprojects are nigh. The much-maligned Northern Gateway pipeline is likely to get a green light from the National Energy Board (NEB) imminently, although undoubtedly saddled with conditions. TransCanada's Energy East pipeline is expected to go into formal application mode next summer. Kinder Morgan's Trans Mountain expansion will be a year closer to the welding torch. Fourteen proposed liquefied natural gas projects on the West Coast will deliver more announcements and applications. More LNG approvals are likely, notably an NEB stamp for the Petronas consortium.

Drillers will be ramping up field activity, proving up natural gas resources to ensure that LNG tankers can be filled five years out. Construction of railway spurs and terminals for loading unit trains full of oil will be barrelling full steam ahead in 2014. Many other capital projects that serve to reorient Canada's oil and gas supply chains – the biggest renovation the industry has undertaken in half a century – will abound across the country. In New Brunswick, Irving Oil is working toward expanding rail and port facilities to become a world-class export gateway for North American oil.

This is the market at work. The laws of economics and finance are stronger than those of physics. Two loonies don't behave like two planets or two magnets. Dollars don't pull harder in close proximity. In economics, the further two market prices drift apart, the stronger the pull to bring them together again. When billions of dollars of revenue are being forfeited, billions of dollars are attracted to cash in on solving the arbitrage. Canada's price discounts to foreign markets are extreme. They have been that way for a few years now. So as we head into 2014 and beyond, oil and gas differentials will no longer be the symptom of the market access problem, they will increasingly be the catalyst for the infrastructure solution.

The dollar numbers for all the potential infrastructure projects are staggering; we will be reporting on them in greater detail in upcoming columns. Consider that upstream capital expenditures in the oil and gas business are expected to be in the range of $65-billion in 2014 – just marginally above last year. Yet the numbers will be light compared to what 2015 and '16 are likely to bring, especially if the midstream infrastructure projects such as major pipelines are added to the expenditure blitz. Conservatively, another $5-billion to $10-billion a year across the country is not unreasonable to expect. Consider that even if only three of 14 LNG project consortia move forward, the spending ramp-up mid-decade will be greater than that of the oil sands bonanza 10 years ago. 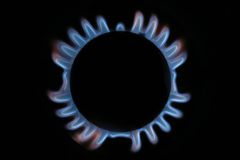