Ex-Centerra Gold CEO Len Homeniuk has been redetained by Bulgarian officials after being under house arrest for most of August, and will face an extradition hearing Thursday that could see him transferred to Kyrgyzstan, according to the company and Bulgarian consular officials in Ottawa.

"We are in contact with his family, and we know that both the U.S. and Canadian foreign affairs are aware of the situation and we urge them to support Len and to provide the necessary counsellor services for him," said John Pearson, VP of investor relations at Centerra Gold Inc.

Mr. Homeniuk, who is a dual Canadian-American citizen, was first detained in late July at the request of Kyrgyzstani officials while on a holiday cruise with his family on the Danube River. The detainment is allegedly linked to long-running conflict between Centerra and the Kyrgyzstani government over the company's Kumtor mine in the country. The mine produced 23 per cent of the country's entire industrial output in 2014 and 7.4 per cent of GDP.

Specifically, the Kyrgyzstani government has accused the company of engaging in illegal transactions in 2003-04, when Centerra was restructuring as an independent company and Mr. Homeniuk was at the helm. The central Asian country had him placed on the international police site Interpol for "involvement in corruption."

Mr. Homeniuk had been living under house arrest after his initial detainment, said Kamen Dikov, Consul at the Bulgarian Embassy in Ottawa, and is set for an extradition hearing Thursday. The question now is whether the Bulgarians will grant his extradition to Kyrgyzstan.

"The home arrest [for] Mr. Homeniuk has not changed," Nikolay Milkov, ambassador for the Embassy of Bulgaria in Ottawa, wrote in an email to The Globe and Mail. "To be taken into custody is a standard procedure, [which is] applied when someone under home arrest [is] brought to court. It applies before the [court] session. We [can assume] that after the session Mr. Homeniuk will be back [with] his wife, unless the court decides [something] else."

Typically, extradition is regulated by treaties signed between two countries, in the absence of which one country is not obliged to transfer or give up a suspect. Bulgaria and Kyrgyzstan currently do not have an extradition agreement.

"There are preliminary legal procedures that must be met before he is extradited," said Mr. Dikov. "It will be standard procedure."

If extradited, Mr. Homeniuk could be transferred to Kyrgyzstan and face authorities there. Canadian and U.S. consular services for citizens arrested or detained abroad does not include getting citizens out of jail or providing legal advice on how to move forward. However, consular officials can ask for immediate and regular access to the detainee and advocate for their fair treatment under local laws.

Mr. Dikov confirmed that the Canadian Consul General in Bucharest, who is responsible for Romania, Bulgaria and Moldova, will be present at the hearing for Mr. Homeniuk.

Centerra has defended its ex-CEO against the arrest. "We continue to review the legality of the detention because, as we have said before, we are not aware of any valid basis for it," said Mr. Pearson. "They are unfounded and unwarranted, and despite our repeated requests to Kyrgyz authorities we have received no evidence from them."

Requests for more information to the Canadian and American departments of foreign affairs were not returned. Mr. Homeniuk's family could not be immediately reached for comment. 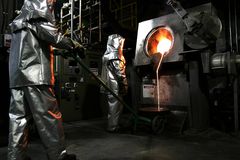 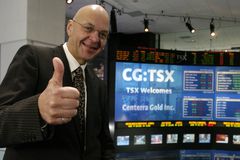 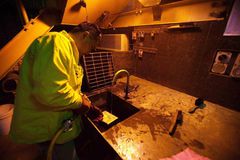