Former Xstrata PLC chief executive officer Mick Davis is considering a bid for the nickel business of Vale SA, the world's top producer of the metal, according to people with knowledge of the situation.

Mr. Davis's investment vehicle X2 Resources values Vale's nickel business at $5-billion (U.S.) to $7-billion, said two of the people, who asked not to be identified because the negotiations are private. There hasn't been any formal negotiation between X2 and Vale about the assets yet, they said.

X2 has raised about $4.8-billion from equity investors including Asia's largest raw-materials trader Noble Group Ltd., private-equity fund TPG Capital and sovereign-wealth and pension funds to create a mid-tier mining company. It has been hunting for assets to buy from the world's largest miners such as Vale, BHP Billiton Ltd. and Anglo American PLC.

Vale's American depositary receipts, the equivalent of one ordinary share, dropped 0.6 per cent to $8.50 at the close in New York after gaining as much as 2.7 per cent. Nickel for delivery in three months fell 3 per cent to $14,650 a metric ton in London today, the lowest since Feb. 27.

Vale, which is also the world's leading iron-ore miner, has already said it may try to raise cash by selling some of its assets.

The Rio de Janeiro-based company is considering the sale of a minority stake in its metals-producing unit, which it valued at as much as $35-billion, in an initial public offering, chief financial officer Luciano Siani said Dec. 2. The unit includes copper as well as nickel.

X2 Resources declined to comment, while Vale said it hasn't received any proposal or held talks with X2 about its nickel assets.

Vale's nickel output will climb to 303,000 metric tons this year while copper is forecast to rise to 449,000 tons, the company said last month. Its base-metals unit is the company's largest business after iron ore.

The Brazilian company produced 201,400 tons of nickel, a metal used in stainless steel, in the first nine months of 2014, overtaking Russian billionaire Vladimir Potanin's MMC Norilsk Nickel as the No. 1 producer of the metal. Norilsk's nine-month output sank 5.6 per cent to 199,800 metric tons from a year earlier.

Vale's base-metals division is targeting $4-billion to $6-billion in earnings before interest, taxes, depreciation and amortization this year, from $600-million in 2012, as it improves operations and output grows. Since winning a battle to take over Inco Ltd. in 2006, the company has faced a series of setbacks including strikes in Canada, operational problems at plants in Brazil and an acid spill in New Caledonia.

The miner can generate as much as $10-billion in cash from potential divestments including selling a minority stake in the base metals business, 15 large vessels and fertilizer assets, Mr. Siani said last month.

South African-born Mr. Davis, 56, is looking to repeat his success at Xstrata, where he led the management team that took the coal producer from a company with a $500-million market capitalization to one valued at $50-billion through a decade of mergers, acquisitions and expansion.

Should X2 make an offer, it won't be the first time Mr. Davis has targeted major nickel assets. As CEO of Xstrata, he completed a hostile $18-billion takeover of Canadian nickel miner Falconbridge Ltd. in 2006. Falconbridge and Inco were two of Canada's largest miners at the time, with adjacent mining areas in Ontario. 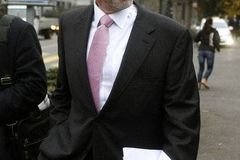 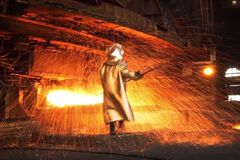