Fossil-fuel companies face a growing risk to their business models as global governments look to accelerate the shift to a low-carbon economy in order to combat climate change, the U.S. climate czar warns.

Jonathan Pershing was appointed as President Barack Obama's top climate envoy last month. In his first foreign foray, Mr. Pershing travelled to Ottawa this week to confer with Environment Minister Catherine McKenna and other officials on how the two countries can work jointly to meet commitments made in a United Nations agreement reached in Paris in December.

In an interview, he said energy executives and investors need to understand that the effort to confront climate change will only intensify in the coming years, and plan accordingly, especially with investments in long-term assets such as power plants, pipelines and oil sands projects.

That doesn't rule out new projects in those areas, but requires that any investment be made with a clear understanding of long-term risks posed by the move to a low-carbon economy, Mr. Pershing said.

"If you don't have [carbon capture], you are going to have to have a higher risk profile," the envoy said.

"In 2050, we can't have the same level of emissions as we do today. That doesn't mean you can't invest in fossil. It means if you invest in it, you have to do so in the context of a low-carbon future."

On the other side of the ledger, Mr. Pershing said there are growing opportunities for profitable investment in the renewable energy and clean-technology industries. He noted capital spending on clean power significantly outpaced fossil energy across the world last year, including in China.

His visit came as global leaders, including Prime Minister Justin Trudeau, prepare to descend on the United Nations in New York next week to sign the Paris accord in an Earth Day ceremony.

During a visit to Washington last month, Mr. Trudeau and Mr. Obama agreed their governments will work jointly on climate action, including reducing methane emissions in the oil and gas sector, improving fuel efficiency in trucks and commercializing renewable energy and other clean-tech technologies.

Mr. Pershing said international activity has not diminished since the Paris summit. The two leaders face a flurry of diplomatic efforts that will include climate action on the agenda, including a meeting with Mexican President Enrique Pena Nieto in Ottawa and the G20 meeting in China this summer. Beijing plans to introduce national carbon pricing next year, and is leading a G20 effort to expand the availability of "green bonds" to finance clean-tech investment.

At a session in Washington on Thursday, World Bank president Jim Yong Kim warned that global governments must act urgently to reduce consumption of fossil fuels and cut greenhouse-gas emissions. "The window is closing and we are going to have to make some decisions quickly," Mr. Kim told a panel that included Ms. McKenna.

The Canadian Environment Minister noted that the biggest provinces either have or are implementing carbon pricing, and that Ottawa is determined to have a national system to ensure a level playing field. Ms. McKenna said many business leaders in Canada are calling for carbon pricing as the cheapest and most efficient approach. Earlier this week, the Mining Association of Canada endorsed the concept, either through a direct tax or a cap-and-trade plan.

While many companies makes assumptions about future carbon pricing in assessing projects, the investment community needs greater transparency and clarity with regard to carbon risk so it can be properly assessed in debt and equity financing, Bank of England Governor Mark Carney told the World Bank forum.

In the session in Washington on Thursday, Mr. Carney said only a third of the top 1,000 global companies provide adequate carbon-risk reporting. 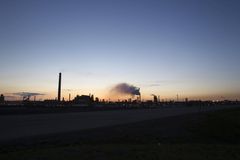 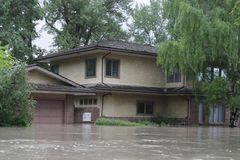