Other stories in the series:
Part 1: How Canada's wheat feeds the world
Part 2: Waiting for the wheat
Part 4: Early snow storm contributes to 'very tricky harvest' 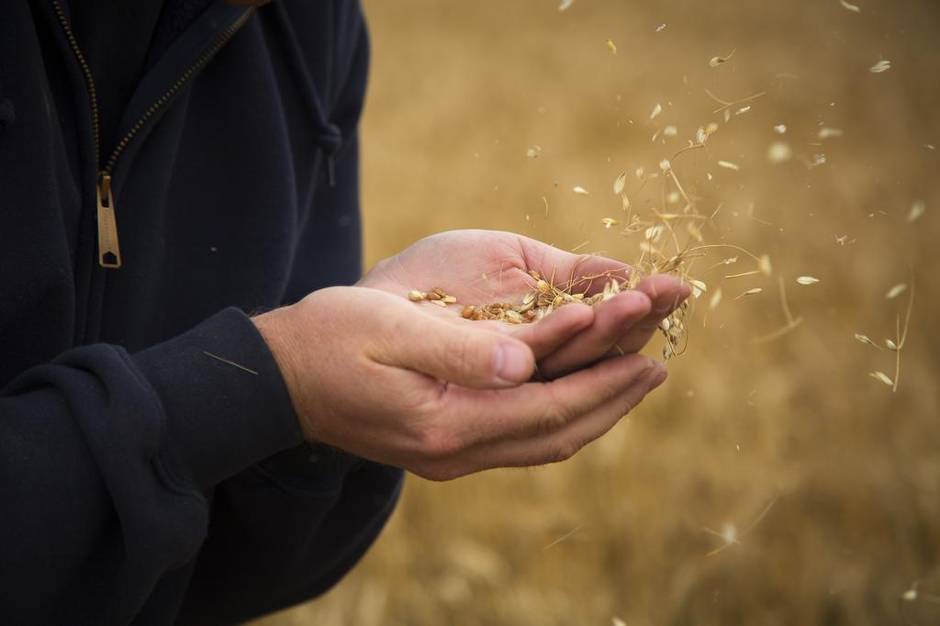 The rain came at the wrong time. After a dry growing season, Alberta farmer Jay Schultz watched as five inches drenched his wheat fields this month. The showers, which lasted a week, came too late for his crop. The kernels of wheat were already at their later stages, full and nearly ready for the September harvest. 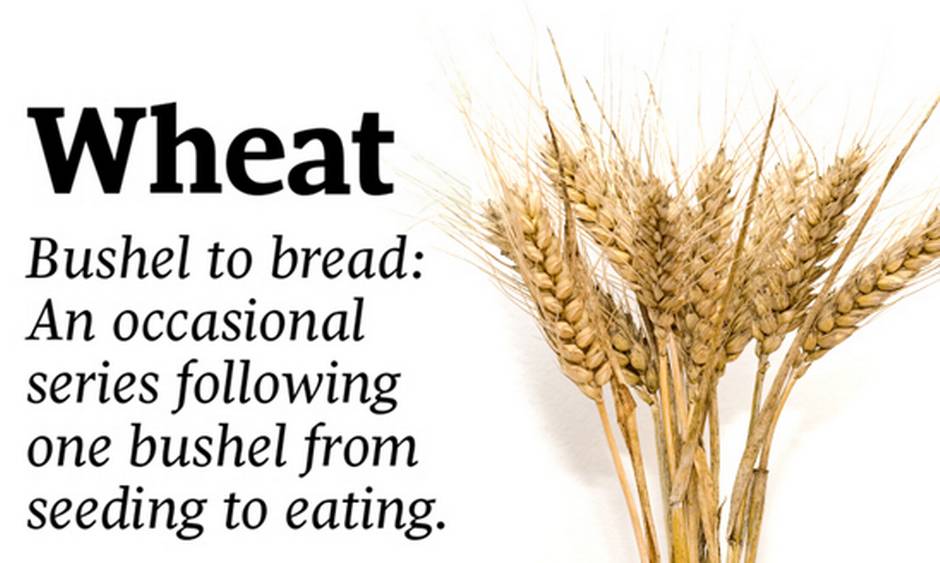 “At this point, especially for wheat, which is close to being ripe, rain can decrease the quality and decrease the bushel weight. So rain’s not really welcome,” said Mr. Schultz.

But he knows it could have been much worse. The hail storms that flattened Mr. Schultz’s neighbour’s entire crop in early August skipped most of his farm, and hit just 10 per cent of the most southern field on his acreage. Grain needs rain, but only at certain times in the growing cycle. And in Mr. Schultz’s part of the prairies, rainstorms can bring hail. 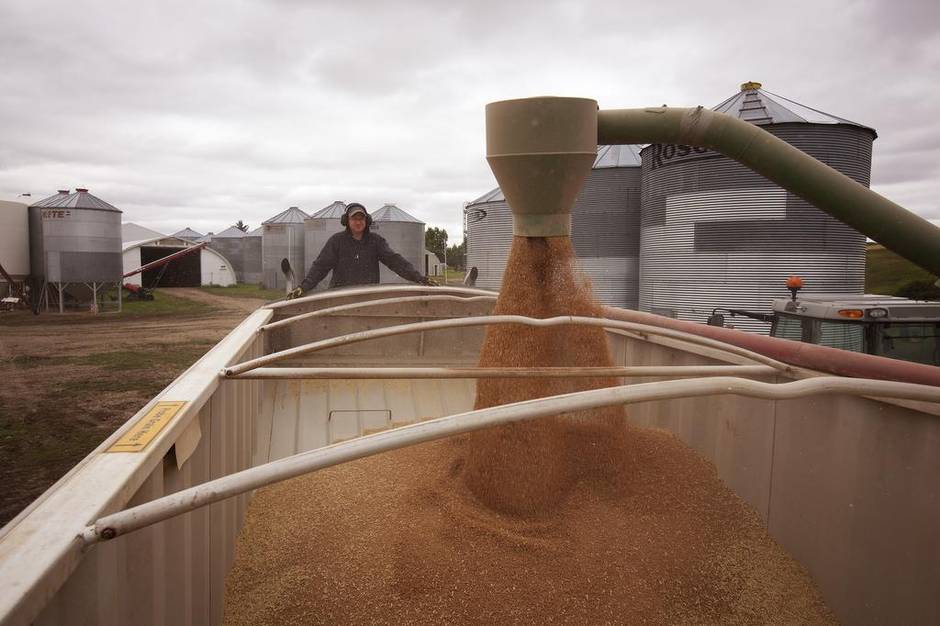 “That’s what we worried about all summer,” he said. “[Hailed-out farmers] either have to let their cows out [to feed on the ruined crop] or combine process the material that’s there so they can seed through it next year. It’s pretty heartbreaking when that happens.”

Mr. Schultz grows grain on 6,000 acres near the town of Standard, which is an hour east of Calgary. He farms with his dad and brother-in-law on the same land his grandfather first tilled decades ago. 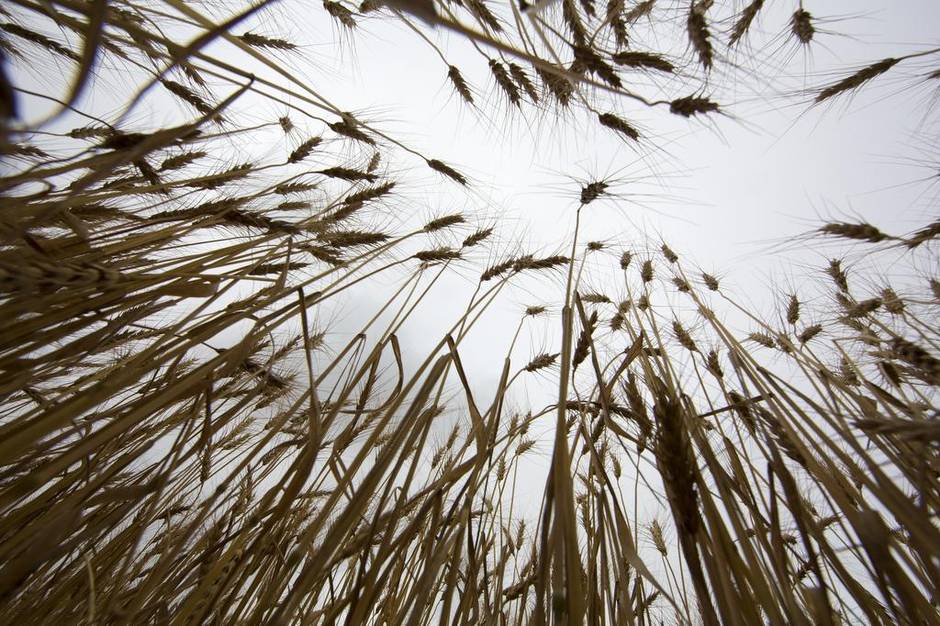 The Globe and Mail is tracking a bushel of hard red spring wheat grown on Mr. Schultz’s farm from planting in May to harvest in September. The Globe will follow this bushel, which can make about 45 loaves of bread, from the prairie elevator and onto a train, which is expected to haul it to the West Coast, where it will be loaded onto a ship bound for Asia, a region that is among the biggest buyers of Canadian wheat.

Hard red spring wheat is a variety that is prized around the world for its high protein and gluten strength. The dough made from hard red wheat is ideal for making bread and other leavened baked goods. It’s a wheat suited to the short, dry prairie summers, and a variety for which Canada is well known. But it’s more expensive than most varieties, so large millers blend it with cheaper, lower protein wheat to keep prices down. 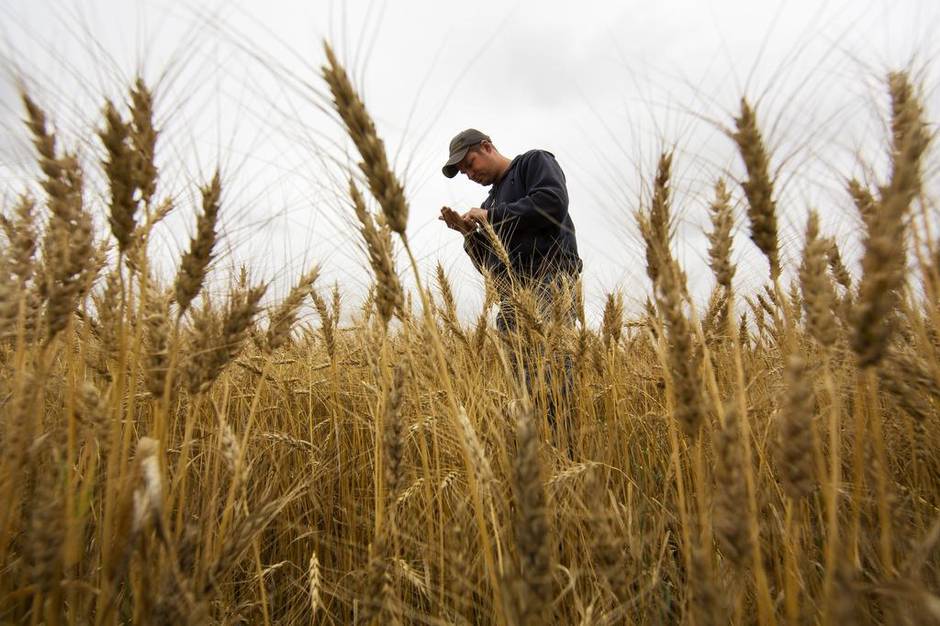 “We can’t compete with Russia or Ukraine or even the United States for how much wheat they can produce, but we can grow really high quality bread wheats here,” Mr. Schultz said. “So in a world that’s kind of awash with grains right now, it’s nice to have higher quality stuff.”

Mr. Schultz’s wheat stands about waist high now, and the kernels are nearly ripe. Hotter than usual weather sped up the growing process, and the harvest will be early this year. But before that happens, there is a lot of work to be done. He spent the last two weeks in July working “like crazy” on his two combines and other machines to get them ready to run in the field for days that can stretch well into the night. There are sickles to repair, chains to to lubricate and belts to tighten.

“Hopefully everything is field ready,” said Mr. Schultz, who has been walking his fields, looking for damage from insects and diseases, and judging the state of the crop. 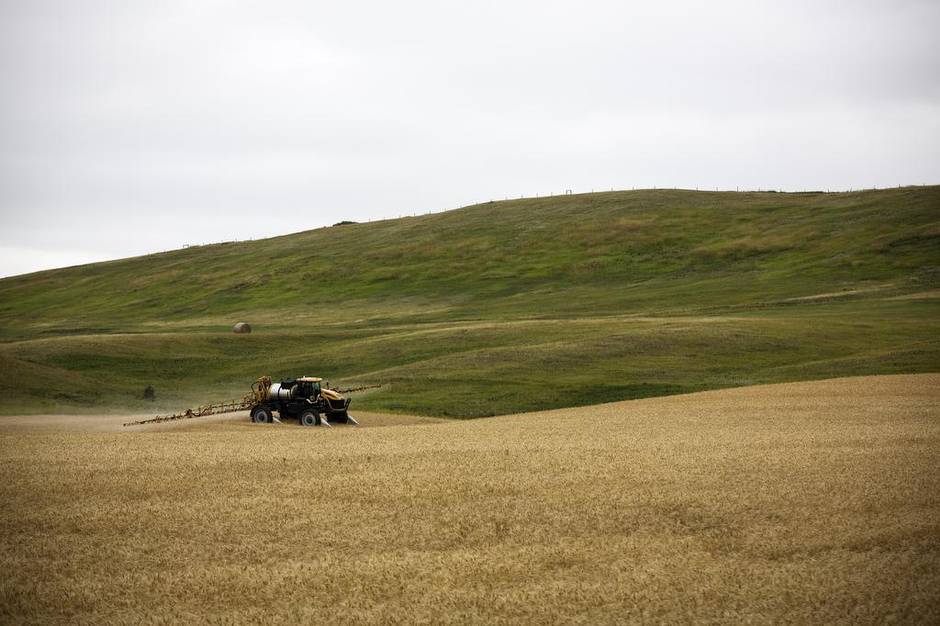 “Right now, in my head, especially when I’m running machines, I’m just kind of running numbers – what I think yields might be or what fields in what order I think we’ll be combining. You think, ‘Where am I going to put these resources at what time? How is it going to work most efficiently? When am I going to order fuel? Who’s going to be working and what their schedules are. What crops are going to go into which bins.’ ”

This season, Mr. Schultz grew wheat, canola and, for the first time, yellow peas, which are sold to buyers in India and other Asian markets. The peas have already been harvested and hauled by truck to nearby elevators, allowing Mr. Schultz time to focus on bringing in the wheat.

To plant that wheat, he tried a new technique, seeding the new crop next to the stubble of the old one. So-called no-till planting saves tractor fuel, reduces the release of carbon from the soil, and allows the new crop to use the moisture preserved in the root ball of the old crop. “That worked out really good, especially with the dry summer we had. So in theory, we should be better off than if we had seeded the traditional way,” he said. 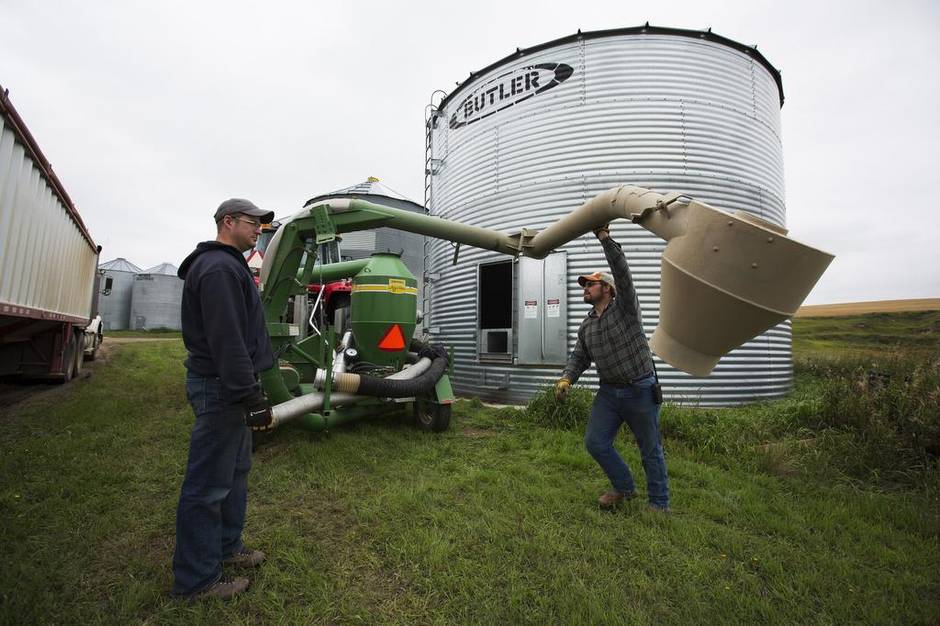 Like other grain farmers in Canada, Mr. Schultz is expecting a smaller crop this year. Last year’s was a record, and preceded a long winter that worsened a rail backlog that left growers with full storage bins and cash problems.

Prices for a bushel of wheat in Minneapolis have fallen by 20 per cent since Mr. Schultz seeded in the spring, as the United States and other big grain producing countries are expecting large harvests. But about a third of Mr. Schultz’s harvest has been sold at forward contracts at higher prices at four different elevators. So even though he is expecting the crop will be 30 per cent smaller, he reckons the moves he made well ahead of the 2014 harvest will help his farm withstand rocky markets and poor weather. 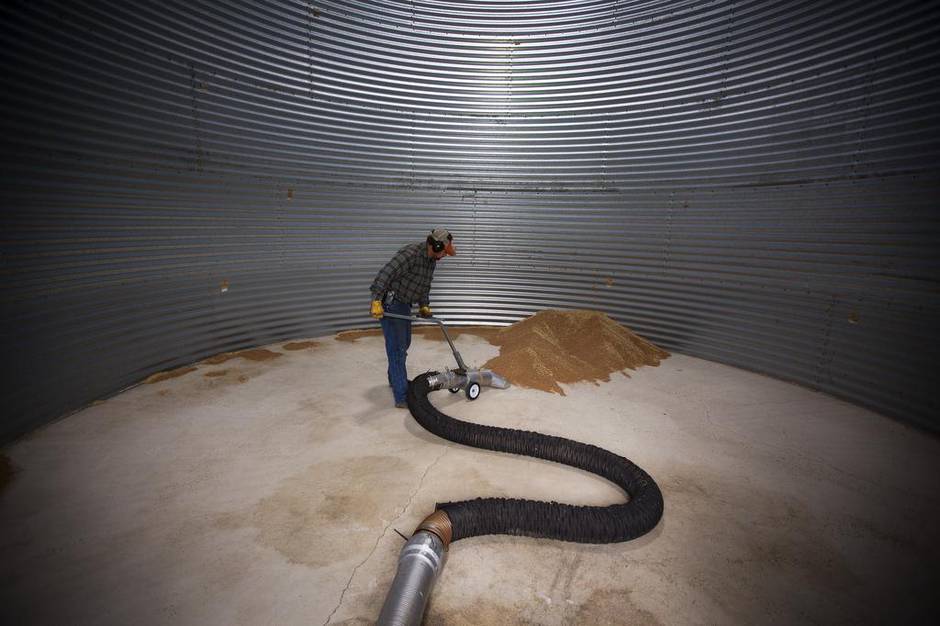