Today, the aerial view of the historic Coniaurum gold mine, owned by Goldcorp Inc. since 2002, more closely resembles a putting green on a golf course than an old mine site.

For decades it was a wasteland of discarded rock – leftovers from its previous life as an active mine since 1913, until a storm in 1961 caused a breach in the tailings dams and shut down operations for good.

Past practices did not call for any closure or clean up of these sites, so for more than 30 years the Timmins, Ont.-based mine site sat almost untouched. But through a mergers and acquisition deal, Goldcorp Inc. inherited the historic mine (along with almost 20 others) and in 2005 the company began its multimillion-dollar reclamation project. It took three years and between $10-million and $12-million to complete, but the current property now grows plant life and even acts as home to a colony of beehives that aid in Coniaurum's revegetation.

"The goal, with this property in particular, is to bring us back as close as possible to the original vegetation that would have been there before mining," says Marc Lauzier, manager of Goldcorp's Timmins property.

"We have to do what's right and do a complete mining cycle, which ends when you can return the land to its original state," he adds.

Mining makes up more than 20 per cent of Canada's exports (totalling more than $92-billion) with more than 200 mines scattered across the country. These reclamation projects are part of the industry's effort to make ore extraction more eco-friendly through lowering energy costs, investing in research and development of more environmentally friendly extraction technologies, and enforcing reclamation initiatives.

"Legislation has brought things forward and has advanced a lot of the requirements to do rehabilitation and be more responsible," says Rick Francoeur, Goldcorp's environmental manager.

For Mr. Francoeur, projects like Coniaurum show what can be achieved.

"Yes we are the mining industry and by nature it is invasive and it does have an effect on the surface," he says, "but if it's done responsibly, this is the result."

Current federal regulation also aims to push the industry in a greener direction, starting with the Green Mining Initiative, launched in 2009 by Natural Resources Canada, designed to eventually get the industry to a place where it "leave[s] behind only clean water, rehabilitated landscapes and healthy ecosystems."

Meanwhile, some miners have looked to clean energy as both an economic and environmental alternative to electricity and diesel. The mining industry is a massive energy consumer, requiring huge amounts of electricity, water and other energy sources to power extraction and production.

One example is Barrick Gold Corp.'s 10-turbine wind farm, completed in 2011 at its Punta Colorada mine in northern Chile.

But the installation process on this scale can be a serious logistical undertaking, says Carl Weatherell, executive director and CEO of the Canada Mining Innovation Council. He notes that beyond the actual installation, the main challenge is that clean energy sources such as wind and solar don't "provide consistent energy and that's part of the challenge the industry is having."

However, research and development is constantly being done to find newer, more efficient and environmentally friendly ways of mining, Mr. Weatherell says. "It's a continuous process; it's not like it stops and starts."

Some miners may not have the cash flow to spend on clean energy infrastructure, but there are other, potentially less costly, green mining methods.

Companies such as Cypher Environmental – which specializes in dust reduction, along with water and soil treatment products – also contribute to greener mining practices. Todd Burns, the company's owner, says the mining industry is its biggest client and he has travelled all over the world to help mines lessen the dust on hauling roads and on mining sites with its Dust Stop product.

"That dust can float kilometres away from the actual source and depending on what sort of minerals are in the dust … can create environmental issues and contamination of environmentally sensitive areas," Mr. Burns says.

Demand for the company's products is increasing and Mr. Burns believes mining companies are happy to pay for these solutions because "minimizing [environmental] threat is of high value to mines that are always under the microscope." 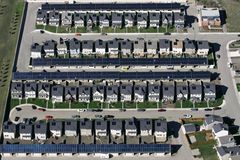 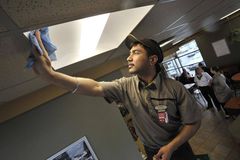 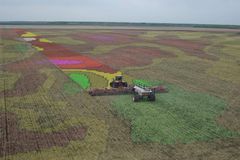 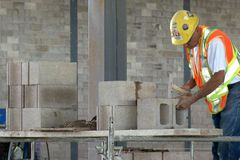 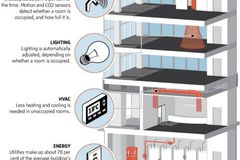