Natural gas prices appear to be waking up from their two-year coma. The revival, though still nascent, is a welcome signal for cash-starved producers. But will the rally sustain? Recent indicators are positive – consumption is at a record level, production is relatively flat and storage levels are on a downward trend – so there is good chance that some momentum will carry through summer and beyond.

What's notable is that natural gas prices in North America are nudging up at a time of year when erosion is to be expected; the low demand "shoulder season" that is sandwiched between the grip of frigid winter cold and oppressive summer heat. Every year, over the last four, prices have dropped between February and April, on average by 17 per cent. Each time, the catalyst has been ballooning storage levels, due either to excess production, weak winter demand, or both.

Storage levels, the measure of where supply meets demand, are showing greatest reason for optimism at the moment. Not only is the total amount of natural gas in U.S. storage caverns approximately 20-per-cent lower than last year, the trajectory is decidedly downward. The optimism should stretch out this week as more cold weather is on the way in key consuming regions. By the time the weakest demand period of the year arrives, the amount of natural gas in storage may have dropped to under 1.8 trillion cubic feet (Tcf), a deflated volume compared to 2.5 Tcf in 2012.

Last year was a storage disaster. The demand-heavy winter months of December and January were hardly cold and spring arrived early. By contrast, this year's hot chocolate weather was much more "normal" (if there is such a thing any more). A more typical heating season, combined with a cool entry into spring, largely explains today's depleting inventories. But that's not all: Industrial demand is at a record high and gas-fired electrical power generators are still enjoying some market share stolen from the coal guys.

The next four weeks are key. Colder-than-normal weather is being forecast, but that's about as certain as knowing the outcome of a Papal Conclave. Nevertheless, the meteorological bias looks favourable and things are shaping up for a good ramp into the summer cooling season. By mid-May, the market always gets excited about June, July and August, doubly so if storage is lean. Summer Henry Hub prices in the mid-$4.00 (U.S.) range are well within reach; Canadian prices should firm up too, but will be the usual 15-per-cent lower to cover the variable cost of transportation.

All this sounds good, but we know that changing natural gas prices ring out a loud signal. Like 101 Dalmatians, higher prices are reminiscent of a pack of dogs barking into action across the land; pit bull producers dispatch rigs to find more gas, while poodle consumers respond by switching out of the product.

More gas-targeted drilling is unlikely right now. On balance, sending a rig to chase $90 oil is still far more profitable than bothering with gas at three or four dollars. In the absence of drilling, what's more likely is a rush by producers to capture higher prices by bringing their inventory of already-drilled, untied wells to market. For example, the prolific Marcellus play in Pennsylvania is known to have over a thousand wells ready to plug and play into pipelines. On the demand side, higher gas prices will cede more market share back to coal in the power markets. Yet neither of these price-dampening mechanisms are necessarily a bad thing.

What the natural gas industry wants is a healthy, stable market, not another episode of spiking prices. Producers have built up good will with natural gas customers over the past three years. It would be a shame to ruin the "inexpensive and abundant" brand that gas has carefully built up. Excessive gas price volatility is a mid-2000s market behaviour that customers still bark about with disdain.

A privileged trough of capital reflects change in oil and gas sector
March 12, 2013 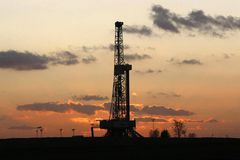 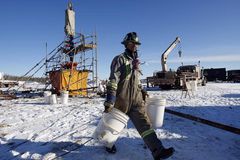 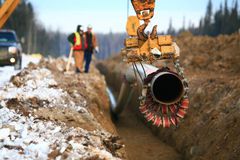