Most liquefied natural gas export projects are at risk of being cancelled in North America as a result of a looming global glut of LNG, putting a damper on British Columbia's energy dreams.

Moody's said the "vast majority" of North American proposals face outright cancellation. "Many sponsors – including those in the U.S., Canada and Mozambique that have missed that window of opportunity as oil prices have declined – will face a harder time inking the final contracts, most likely resulting in a delay or a cancellation of their projects."," the credit rating agency said.

There are 19 B.C. LNG projects vying to export to Asia. They include 10 export licences that have been approved by the National Energy Board

In the global LNG industry, most contracts have maintained their historic link to crude oil prices, and that has meant declining revenue for LNG suppliers amid the slump in oil markets. And since major LNG projects are led by large energy companies, the oil sector's downturn has eroded corporate revenue generally, forcing firms to curtail capital spending, Moody's said.

Moody's warns that the prospects appear bleak for the bulk of B.C. projects and most of the ventures elsewhere in North America, notably nearly 30 proposals in the United States and a handful in Central and Eastern Canada.

"We expect that global liquefaction capacity will be well in excess of demand for the remainder of this decade, as demand will grow more slowly than supply," according to the report, titled "Lower oil prices cause suppliers of LNG to nix projects."

LNG from Australia and four U.S. projects will contribute to new production globally, with excess supply expected to push down LNG prices further, according to the pessimistic study.

"Demand in Asia, which set off a flurry of LNG project development, won't be strong enough to absorb the new capacity coming online by 2020 and that will cause many companies to defer new liquefaction projects for a few years," the report said.

The B.C. government believes it is still realistic to count on three LNG plants operating in the province by 2020.

"We want to ensure we have provided LNG proponents with the certainty required to make final investment decisions [FIDs] as quickly as possible, and we remain optimistic some of those decisions will be made as early as this year," a B.C. Natural Gas Development Ministry spokeswoman said in a statement Tuesday. "British Columbia has an abundant supply of natural gas."

Moody's pointed out that no B.C. LNG project has decided yet to forge ahead, even after several of them invested hundreds of millions of dollars on preliminary work. "Further delays in FID make it increasingly likely that the provincial government will miss its goal of having three LNG projects built by 2020, thus losing out on the royalties, tax revenues and economic uplift that the projects would have generated," the credit rating agency said.

The two B.C. proposals mostly likely to press ahead are small ones – Woodfibre LNG near Squamish and Douglas Channel LNG, a much-delayed project now being undertaken by AltaGas Ltd. and Exmar NV in Kitimat.

Industry experts have focused on the larger proposals, although some say that none of the big terminals will be producing in the B.C. government's time frame.

Neil Beveridge, an analyst with Sanford C. Bernstein & Co., said in a January research report that three major B.C. LNG projects are possible. Mr. Beveridge listed the Royal Dutch Shell-led LNG Canada project as a candidate to start production in Kitimat in 2021. He also speculated that the Chevron Corp.-led Kitimat LNG venture could launch in 2023, while Pacific NorthWest LNG, led by Malaysia's state-owned Petronas, could begin production near Prince Rupert in 2024.

Moody's said Pacific NorthWest LNG is the best bet to forge ahead, but cautioned that "Petronas appears to be leaning toward deferring this project, as lower oil prices have reduced its cash flow and it directs more investments domestically to Malaysia."

LNG ventures on Canada's East Coast face greater challenges than those in British Columbia. "We believe that Eastern Canadian projects are less likely to go forward because of the difficulty in importing sufficient gas supplies through the already gas-constrained New England region of the U.S.," Moody's said. 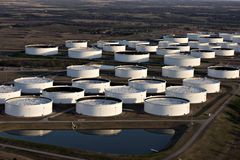 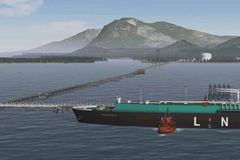 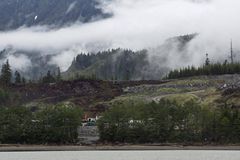