Canada should adopt new tax incentives and streamline regulatory processes to speed up the adoption of clean technology in industries such as oil and gas, mining and manufacturing, a report from a coalition of business and environmental leaders urged Thursday.

The federal government has aggressively pursued policies such as carbon taxes that will help create demand for environmental innovations, but it needs to do a better job of creating a competitive investment climate, the Smart Prosperity group said.

"Clean innovation is a huge global economic opportunity for all parts of Canada's economy," Stewart Elgie, the group's co-chair and a professor of law and economics at the University of Ottawa, said in an interview. "It's not just about solar panels and electric cars, it's also about massive opportunities for mining, energy, manufacturing and agriculture."

The group is calling for an accelerated capital-cost allowance for technologies that improve the efficiency and environmental footprint in the traditional resource and manufacturing sectors, broadening the favorable treatment that the Liberal government has provided to renewable energy companies. And it urges government to streamline cumbersome regulatory processes that impede innovation.

"Driving clean innovation takes carrots and sticks – strong environmental rules plus smart incentives to help firms get there," Mr. Elgie said. "Kudos to governments for moving ahead with carbon pricing and world-class climate standards. Now we need to match that with strong competitiveness incentives."

Former Shell Canada president Lorraine Mitchelmore is now president of a Calgary-based company Enlighten Inc., which has technology to remove sulphur and metals from heavy oil for use as marine bunker fuel. New regulations to take effect in 2020 will require vessels to use low-sulphur fuel.

Ms. Mitchelmore – who is also a co-chair of the Smart Prosperity group – said its tax proposals are critical to the growth of clean-technology firms such as Enlighten.

"If we had these two tax incentives, that would make a huge difference for creating capital flow," she said in an interview.

She added Canada's clunky process for obtaining regulatory approvals for new technology is out of step with the need to seize market opportunities. Smart Prosperity recommends several measures to improve the efficiency of the regulatory system without sacrificing its environmental and safety goals

The report points to forecasts that the market for cleaner technologies will reach US$2.5-trillion by 2020, but Canada's share of that high growth market declined in recent years from 1.6 per cent in 2008 to 1.4 per cent in 2015.

Ottawa and the provinces are already pouring billions of dollars into subsidies, loans and other financial support for the companies that provide new low-carbon or other environmental technologies. Still, many of the startup firms have trouble achieving commercial success or do so elsewhere, the report said.

"But we're behind other countries in getting those ideas to market. That means we're missing out on the jobs, business opportunities and wealth that we could be generating." 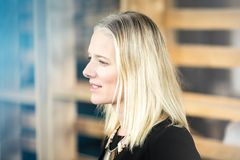 The long road ahead for the electric-vehicle revolution
Subscriber content
February 9, 2018 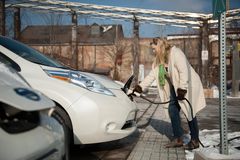 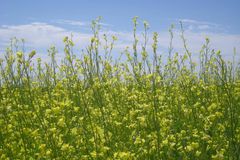