A Toronto company is about to launch the world's first underwater compressed air electricity storage system – a technology that could add to the range of storage options and help renewable power gain wider acceptance.

Hydrostor Inc. will formally put the system into service on Wednesday. It is hooked up with the electrical grid through the local power distributor, Toronto Hydro, which will test how well it stores electricity over the next two years.

The system uses electricity to compress air in a building on Toronto Island, just off the city's downtown. The air is then pumped through a pipe into six large balloons anchored on the lake bed about three kilometres offshore, 60 metres below the surface. The weight of water keeps the balloons pressurized.

To convert the stored energy back to electricity, the pressurized air returns to the surface, where it runs a generator.

The idea is that electricity can be stored at off-peak times when power is cheap, then retrieved when power is more expensive, or when a failure disrupts the power transmission system.

If it proves cost efficient, it could be a valuable technology for places – such as island countries – where fossil fuel power generation is expensive or polluting. By shifting to intermittent renewables, such as wind or solar, and coupling that generation with compressed air storage in the surrounding waters, a stable, green, power grid can be created.

Hydrostor chief executive officer Curtis VanWalleghem says a compressed air storage system will be about half the cost of a similar-sized system based on lithium-ion batteries and hold power for much longer.

The Toronto Island test system can generate about one megawatt of power, enough to power about 300 homes. The minimum size of a commercial system would be about five MW.

The power utility on the island nation of Aruba has already signed a tentative contract with Hydrostor to build an underwater compressed air system there. Officials from the utility, WEB Aruba, will be coming to Toronto to inspect the test project early in the new year. If it looks good, the contract to build Aruba's system will be triggered.

Hydrostor will also begin marketing its system to other potential buyers, Mr. VanWalleghem said. Hydrostor plans to set up a partnership with a global engineering and construction company to handle the installations.

Scaling up is fairly easy to do, Mr. VanWalleghem said, because the system uses off-the-shelf compressors, expanders and turbines. Even the balloons are actually lift bags used for marine salvage.

But the key innovation, he said, is the method of installation. That's done using oil patch drilling techniques, which allow the company to drill down from on land, then horizontally out to the sea- or lake-bed. The balloons are then attached to the end of that pipe.

Hydrostor was created in 2010 by its founder and president Cameron Lewis, who was formerly a specialist in oil field equipment. After Mr. Lewis teamed up with Mr. VanWalleghem, an engineer, the company tried out some balloons in Lake Ontario off Toronto's Leslie Street Spit in 2012.

"With the success of that, we said: 'Let's build one connected to the grid really storing power,'" Mr. VanWalleghem said. The current project was begun in 2013 and took 2 1/2 years for all the permitting and construction to be completed.

Rupp Carriveau, an engineering professor at the University of Windsor, who advised Hydrostor during its early days, said one of the company's key achievements is that it has managed to get the financing and paperwork in place for the test project.

"They have managed to navigate the most nebulous web of regulations and funding," he said. Other groups around the world have been working on similar technology, and "frankly some of them on paper look better to me," Prof. Carriveau said, but Hydrostor got its project to fruition in surprisingly quick time. "That, to me, is the most staggering accomplishment."

Now, the tests will determine if the system really works and is efficient enough to be financially viable. Hydrostor says the system is more than 60-per-cent efficient – meaning less than 40 per cent of the energy is lost in the transfer to the compressed air and back. If it can maintain those kinds of numbers, "I think these guys are really well positioned to make a big impact," Prof. Carriveau said.

Jack Simpson, director of generation and capacity planning at Toronto Hydro, said the utility sees great potential in underwater storage, partly because it can hold power for weeks without losing capacity. The test project also has the potential to be scaled up significantly, he said.

The Dutch Caribbean island of Aruba has set a goal of having 100 per cent of its electricity generated by renewable sources by 2020, and two Canadian companies may help it get there.

The island's utility, WEB Aruba, has one wind farm in operation and other wind, solar and garbage-to-gas projects in the planning stages, as it tries to cut its dependency on oil-generated power. It has a tentative contract with Toronto's Hydrostor Inc. for an underwater compressed air system to store intermittent renewable power for hours or days.

Another Toronto company, Temporal Power Ltd., has recently signed a deal to sell WEB Aruba a radically different system that uses huge metal flywheels that store electricity for much briefer periods. Temporal's flywheels store power in the form of kinetic energy, absorbing and releasing electricity in instantaneous bursts. That can help stabilize the short-term power fluctuations that result from renewable power generation. Temporal has one system up and running just outside of Toronto that is connected to Ontario's power grid.

Temporal's WEB Aruba contract is for one five-megawatt system, with a second of the same size to be installed when a new wind farm on the island is finished in 2017. 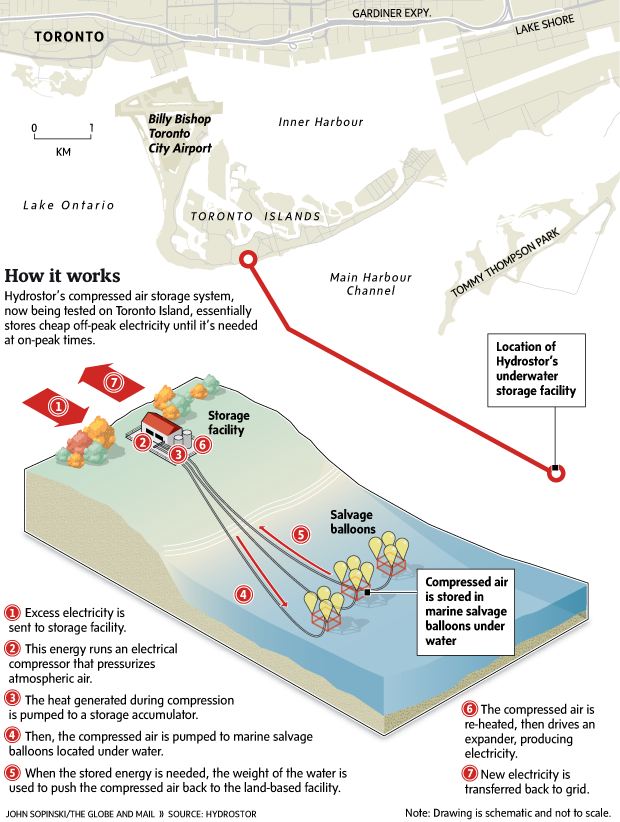 Going green: Does Ontario’s energy shift have the power to sustain itself?
July 10, 2015 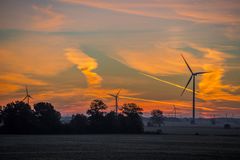 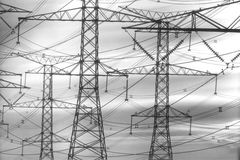