Maria van der Hoeven is executive director of the Paris-based International Energy Agency, which advises rich member-countries, such as Canada, on energy issues. She was in Montreal this week for the International Economic Forum of the Americas, where she spoke to national business correspondent Barrie McKenna about climate change, the Ukrainian crisis and where Canada's growing supplies of oil and natural gas fit into the global energy picture. Her remarks have been edited and condensed.

Stephen Harper has said Canada is being more "frank" than other countries by not moving faster to curb greenhouse gas emissions. Should Canada be doing more?
Maybe it's more honest, but at the same time it's absolutely necessary to find a way forward. Global pricing of carbon is absolutely necessary. One thing we don't talk about and it's in the middle of the room and it's absolutely everywhere and that's coal. It's outside any geopolitical tension. Coal is always there as an alternative when gas prices are too high. If you don't put a price on carbon, it will be very difficult to defeat coal.

How does that play into the Canadian situation?
What's important is that at the end of next year there might be a global agreement on the pricing of carbon. It's not about how you are going to do it. It's up to countries to see what they can do to meet these climate goals that have been put forward.

Can countries that are increasing energy production meet their carbon emission reduction goals?
I can't say yes or no to that. But [energy] companies have been very effective at using the latest technology to reduce emissions and their carbon footprint. It's up to government to formulate a regulatory framework. It's up to companies to find ways to meet the demands of that regulatory framework. So you need flexibility.

Is it enough for governments to say, we're being honest by not implementing tougher regulations for fear of killing jobs or industries?
No one wants to kill his or her industry or his or her jobs. It's absolutely important to find a way forward and be in this together, and find a solution for the problem of carbon leakage.

What are the challenges standing in the way of Canada becoming a global player in oil and natural gas?
It's not just challenges, it's opportunity. It has to do with market development and to find the right route to get the oil and gas to market. The markets, of course, are in Asia. The other challenge is developing the domestic market and using more gas in heavy duty vehicles.

The Ukrainian crisis is the latest geopolitical event to affect the markets. Is that likely to make North America and Canada a source of natural gas for Europe?
Not now. We all know the [liquefied natural gas] facilities are just not there. They are being realized at this moment. There are a couple of export licenses. But you have to see that your import terminals are going to be rebuilt. It's a bit too simplistic to expect U.S. shale gas travelling to Europe between now and the end of 2015. But it will be there . . . Quite a lot of LNG will come to the market by 2017-18 – not only from the U.S,, but from Canada and other new suppliers in Africa and Latin America and Australia that will really make a difference. It's possible that some of the LNG will travel to Europe.

Is the Ukraine crisis a game changer for the global energy industry?
Half of Europe's gas imports pass though Ukraine, representing one-third of Europe's gas demands. So if you really want to change that you have to look at your domestic supplies and diversify. Russia will continue to be an important market to Europe, and it's diversifying as well. Look at the gas deal that they just finalized with China.

Where is Canada's place in all this?
There is a strong determination here in Canada to take up a position as a global energy supplier. It's not new, but the determination is stronger than it was before. What we could not imagine five years ago was that countries like China and others are investing in Canada. Now it's here. Contacts between Canada and Asian countries are developing quite fast. We didn't see that five years ago. 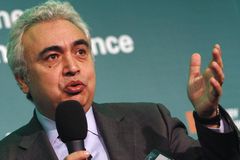 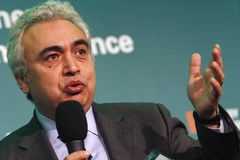 A win for environment doesn’t need to be a loss for energy investors
May 21, 2014 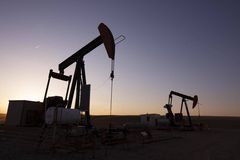 Alberta to boycott global energy congress over Ukraine crisis
May 14, 2014 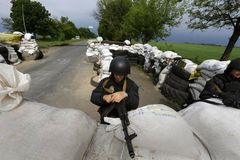