In the financial markets, volatility is rising and all manner of derivatives are employed to hedge against potentially catastrophic losses. In the real world, the climate is becoming more volatile, yet cities and businesses – make that entire industries – are doing little to protect themselves from extreme weather.

They are everywhere, endless rows of cookie-cutter towers. Besides being bland, even hideous, they are obviously not built to cope with volatile weather patterns, such as the soaring number of extremely hot days. Acres of glass and thin walls are their dominant features. They are almost entirely dependent on energy, and lots of it, for heating, cooling and ventilation (in some condos, many of the windows don't open).

As temperatures rise, these glass boxes will consume more energy to prevent them from roasting their occupants alive. Some will get easily damaged by storms and flooding if a hurricane hits. Many are so shabbily built that they will have to be torn down and replaced within decades – construction is a highly energy-intensive activity.

In Rome, where I live, designers of the new suburban apartment blocks are making the same mistakes as the short-sighted Toronto condo developers. But the centre of Rome is a different story. The walls of any apartment building constructed between the Medieval era and the 1950s are bomb-proof thick; they stay cool in the summer and retain their heat in the winter. The windows are relatively small by Toronto condo standards, partly to prevent the apartments from heating up quickly. Every window has slatted rolling shutters to shield against the harsh sun.

It all works a treat. Air conditioning is still not ubiquitous in Italy and the energy costs for the older Italian apartments are low. In that sense, Italian cities are much better suited to climate volatility than the condo-stuffed cities.

We can argue until we turn blue in the face whether anthropomorphic carbon dioxide emissions are to blame for rapid climate change. What we do know is that the planet is getting warmer and the incidents of extreme weather are becoming more frequent and devastating. The extreme weather trend could (there is no "will" in climate change) accelerate now that the CO2 concentration in the atmosphere has reached 400 parts per million, a rise of a quarter in 55 years and a rate of increase three times faster than it was in the 1960s. If that's not scary, what is?

Munich Re, the world largest re-insurer (that is, the insurance companies' insurer) knows the planet's weather is changing radically and quickly because it is writing the cheques to cover the losses. Last autumn it said that natural catastrophes have doubled in the last three decades; extreme weather can take most of the blame. Some parts of the world are changing faster than others. In North America, the weather-related disasters are up almost fourfold, Munich Re said in a report carried in February by the National Journal. The damages bill has climbed from hundreds of billions of dollars to more than $1-trillion (U.S.).

Pick any city, any industry, any business, any government and you will find that most of the spending on climate change comes after the disaster, not in anticipation of it. The U.S. Congress authorized more than $60-billion to pay for Hurricane Sandy's damage last year. In other words, there is no hedging for volatility.

Take agriculture. Farmers are well aware that climate change is turning their growing and harvesting seasons into crap shoots because of the alarming frequency of droughts, floods and extreme cold and heat. The drought of 2012 in the United States, one of the worst on record, slaughtered corn and soybean yields in the Midwest. Suppose that were to happen again, choking off agricultural exports. Food shortages could develop in some countries or regions, including Canada, if the drought were severe north of the border.

How to hedge in this case? That would require building up food reserves, which would require the construction of enormous warehouses. But that would cost a lot, so don't count on it happening.

To be sure, a few smart businesses, big and small, are hedging climate volatility. Some insurers are exiting markets that are particularly prone to climate change disasters, like low-lying areas that get hit with floods a bit too often.

A friend of mine in Toronto, who runs a landscaping company, in effect hedged his business by launching a related one. Using the same men, shovels and machines he uses for digging up backyards, he is now digging trenches around houses to fix foundations damaged by climate change. Toronto, he says, used to go through one or two freeze-thaw cycles in the winter. Now it's three or four and the subterranean house structures are crumbling accordingly.

Arguing about the precise causes of climate changes – angry gods, CO2, water vapour, sun spots, terrorist plots – is becoming a waste of time when it is apparent to any sentient human that the climate is changing fast and dangerously. Hedging for climate volatility is not only sensible. It may save industries, investors' fortunes, and lives. 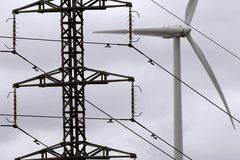 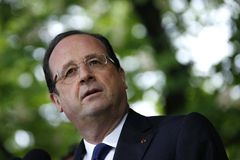 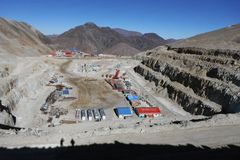