The oil-patch deal flow has become a gusher again.

In the latest in a flurry of acquisitions and financings in the sector, Whitecap Resources Inc. said Monday it is buying Western Canadian oil and gas properties from Imperial Oil Ltd. for $855-million.

The deal pushes the industry's tally for merger and acquisition activity for the quarter to $7-billion, nearly 10 times the total for the first three months of 2013, according to data from Sayer Energy Advisors.

A big reason for the massive increase is a brighter outlook for Canadian oil and natural gas prices following the unusually frigid winter, which prompted a surge in heating demand. Early last year, depressed gas markets and deep discounts for heavy Alberta oil weighed on the industry. The discount, brought on by transportation bottlenecks, has narrowed considerably in the past few months as more companies turn to rail to get supplies to market, and some new pipeline capacity has opened up.

Equity financing has also picked up. Whitecap, one of a new breed of small energy producers set up to provide investors with stock-price gains and dividends, issued $500-million in subscription receipts to help fund its acquisition. Investment banking sources said that within two hours of the transaction being announced, there were $1-billion of orders.

"There is way more positive investor sentiment in the industry, so more capital is being thrown to the industry – it's definitely improved commodity prices and the general perception that the industry is on a rebound," said Ryan Ferguson Young, manager, corporate advisory at Sayer.

Among other deals in recent days, Caracal Energy Inc., which operates in Chad, is buying TransGlobe Energy Corp. for nearly $700-million in stock to expand its holdings into Egypt.

On Monday, Inter Pipeline Ltd. said it agreed to issue $300-million of shares in a bought deal. It plans to use the proceeds to pay off bank debt taken on to fund its $3.2-billion regional oil sands pipeline expansion program.

Whitecap, led by chief executive officer Grant Fagerheim, said its takeover of Imperial's properties at Boundary Lake in British Columbia and Cynthia-West Pembina and Rocky Mountain House in Alberta will boost its 2014 production by 13 per cent and cash flow by 21 per cent.

Its shares jumped 7 per cent to $12.34 on the Toronto Stock Exchange.

Besides the stock issue, the company will fund the deal by selling off some of the assets it's acquiring, including a central Alberta gas plant and reserves, to Keyera Corp. The additional cash flow will allow Whitecap to raise its monthly dividend by 10 per cent, it said.

Imperial put the assets on the block in September as part of a long-term winnowing down of its conventional holdings, and set a deadline for bids of early November. It asked suitors to submit new bids when proposals came in below its expectations, industry sources said.

Mr. Fagerheim said the properties' big attractions for his company are their high proportion of light oil production, low rates of output decline and high degrees of cash generation.

The positive change in sentiment toward the Canadian oil patch is palpable, especially among investors from the United States, Europe and Asia, and that is translating into the uptick in business, he said in an interview.

"There are a lot of very good production companies in Canada, as well as service companies," Mr. Fagerheim said. "I think what you're seeing on the transaction side, where you're seeing more taking place, is that there has been an industry grab for assets, of good-quality assets. I would put these Imperial assets in that particular category."

For its part, Imperial pointed out that none of the properties it is selling include its big-ticket targets, such as the oil sands, Arctic reserves or unconventional resource properties in Alberta and B.C. such as Harmattan, Simonette and Horn River. 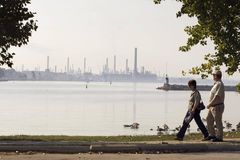 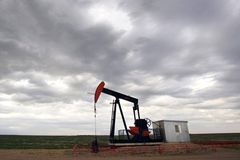