On the wind-swept ridge of a mountainous slag heap, Northland Power Inc. plans to construct a miniature Niagara Falls to store power and provide it to Ontario's grid when the province's proliferating wind turbines are asleep.

For 24 years, U.S.-based Bethlehem Steel Corp. pulled iron ore from an open-pit mine a dozen kilometres south of this town of 6,400, situated halfway between Ottawa and Toronto. When the mine was closed in 1979, the company left a gaping hole that is now filled with water. Above the pit, vast piles of boulders and crushed rocks lie where they were discarded after the ore had been extracted.

Toronto-based Northland is proposing a $700-million, "pumped storage" hydroelectric project that would create a waterfall five times the height of Niagara Falls – though with a fraction of the volume – descending from the slag mountain to the mine pit below.

To operate the plant, Northland plans to purchase electricity from Ontario's grid at night when prices are low and use it to pump water from the mine pit up to a newly constructed reservoir. During the day, the company would release the water for a 258-metre plunge to a powerhouse and generate 400-megawatts of power to take advantage of peak-time power prices when demand is high and wind turbines typically are less active.

Efficient technology to store electricity has become the holy grail for the power system as it copes with increasing production from intermittent sources such as wind and solar, and dramatic swings in demand. Some experts have dubbed storage the "missing link" that would allow renewable operators to generate their electricity under the most favourable conditions and dispatch it when it is needed most.

Indeed, the province forecasts that wind capacity will climb to 7,800 megawatts by 2018, up from 1,700 megawatts currently. But grid managers will face enormous challenges in dealing with the variable nature of that wind energy supply, which ranges from operating at full capacity to a mere 10 per cent of potential output.

"Storage is the answer to their dreams in terms of dealing with intermittency and the need to firm up renewable power," said John Wright, Northland's director of business development. The company also operates wind and thermal generating stations in Ontario, Quebec and the United States.

Companies across the world are racing to commercialize a wide range of storage technologies: from modern flywheels to compressed air storage to dozens of advanced battery types. Those innovations will not only improve the economics of intermittent sources such as wind and solar, they could provide competition to natural gas-fired and diesel generation, help transmission companies regulate their increasingly volatile systems, and hasten the day when electric vehicles are not only economic but serve as batteries for household energy use.

"As the business develops, it is going to represent a game changer for the power sector," said Jim Burpee, chief executive officer at the Canadian Electricity Association, which represents utilities across Canada. "If you have access to storage, you would need less peak generation or generation from other sources."

Players range from Toronto startup Temporal Power, which has re-engineered the flywheel; to Boston-area General Compression Inc., which stores energy in compressed air facilities in underground caverns; to multinational General Electric Co., which is rolling out new sodium metal chloride batteries that can operate on industrial or grid-scale applications.

Temporal recently won a contract with Ontario's Independent Electricity System Operator – a government agency that manages the grid – to provide storage capacity that would allow IESO to manage its system more efficiently.

"In the absence of storage, we would reach a point where it is difficult to incorporate more renewable resources because of their variability," said IESO chief executive Paul Murphy. "Whereas if you had storage that was economic and controllable, then that would no longer be a limitation." The IESO wants the flexibility to refuse to accept wind-generated electricity onto the system during hours when it is not needed.

Hydro One – the provincially owned corporation that owns transmission and distribution lines in Ontario – is participating in pilot projects with Temporal and Toronto-based Electrovaya Inc., which is developing a lithium ion battery. With economically efficient storage options, Hydro One could expand the level of variable power it can hook up on local feeder lines, and make better use of its assets, the company says.

One advocate of storage and its powerful promise is Annette Verschuren, former chief executive at Home Depot Canada and a well-connected business leader. Ms. Verschuren is chief executive at NRStor Inc., which works with startup firms to speed commercialization of emerging storage technology.

Backed by venture capitalist Northwater Capital Management Inc., NRStor is working with both Temporal and General Compression to commercialize their technology, and helped negotiate their contracts with IESO.

Ms. Verschuren said Canada should be a leader in the fledgling field.

"Why can't we be leaders in the world in terms of innovation, in terms of all aspects of the business?" she said.

"If you could capture that clean energy from intermittent [sources] and then hold it until it is needed and match it to demand, the significance of that is enormous … We can make 'when the wind blows' a hell of a lot more efficient by having storage and the capability to hold that energy for the time that it is needed on the grid."

A few power technologies that are being commercialized in Canada and across the world:

Flywheels are essentially mechanical batteries that use a rotor – or flywheel – in a vacuum to store kinetic energy, which can then be discharged by driving a generator.

Toronto-based Temporal Power says its flywheel is the highest energy flywheel technology in the world, storing 50 times more than the most existing commercial systems. The company has won contracts for its 5-megawatt project with Hydro One, Ontario's transmission and distribution company, and for a 2-megawatt system with the Independent Electricity System Operator which manages the entire grid.

The flywheel storage is used to "regulate" the flow of energy along the wires, similar to a shock absorber. "You are balancing the difference between supply and demand on a second to second basis," Temporal chief executive Cam Carver said.

Compressed air energy systems operate by using intermittent power to compress air and store it for future use, often in underground caverns. The electricity is created when the air is released through a generator. However, traditional compressed air systems are highly inefficient due to heat loss.

General Compression is aiming specifically at the wind energy market, to take advantage of the variable nature of that power, and is building a 2-megawatt demonstration plant in Texas. NRStor chief executive Annette Verschuren said it is exploring the feasibility of building 2,000 megawatts of storage in Ontario using compressed-air technology.

The lithium ion battery is the rechargeable technology that has been used in computers and cellphones, and is now being developed for the transportation and power sector, but airlines are dropping the technology due to problems of over-heating and swelling.

Toronto-based Electrovaya, which trades on the Toronto venture exchange, will be launching its next-generation lithium battery with enhanced safety features this year.

The company has received a contract to produce prototypes for China's DongFeng Motors, which aims to produce an electric car. Like Temporal Power, Electrovaya has received support from the federal agency, Sustainable Development Technology Canada. 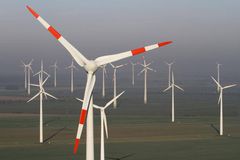 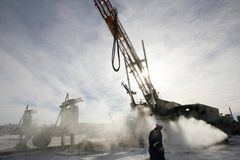 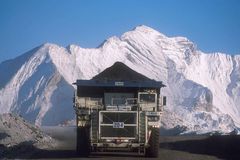 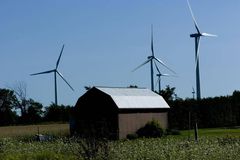