It's winter, and the grass is struggling to take root on the roof of a cavernous new underground tank on the shores of Tokyo Bay. Workers completed the tank, with its thick insulating concrete walls and brilliant stainless steel inner liner, in October. Soon after, it accepted its first load of liquefied natural gas (LNG), chilled to -162 C.

From the ground, it's all largely invisible: only a slight mound struggling to turn green hints at the enormous energy stored below. "Nobody finds it interesting because you can't see the tank. It's hidden," says Kunijiro Taguchi, a lifetime employee of Tokyo Gas Co Ltd. who now serves as an energetic corporate tour guide.

But in world energy markets, this addition to the Tokyo Gas Ohgishima LNG Terminal – the largest tank of its kind – is an unambiguous signpost of the broad energy transformation under way in Japan. Nearly three years after the Fukushima nuclear disaster, Japan is only part-way through the work of preparing for a rush of new overseas energy imports, one that stands to see tankers filled with Canadian LNG among the 69 ships each year that pour out their cargoes at Ohgishima.

In fact, for the Japanese government and one of the country's biggest gas buyers, Canada is emerging as an increasingly favoured source for future energy.

"We are quite looking forward to having long-term relations with Canadian people and Canadian LNG," said Toshiaki Koizumi, general manager for the fuel department at Tokyo Electric Power Co. (Tepco), Japan's largest utility, whose disaster-stricken Fukushima power plant has left it scrambling for alternatives.

For Canada and in particular British Columbia, much rides on persuading global powers to sign contracts big enough to underpin building an industry that stands to become, in many ways, the West Coast's own oil sands.

The waters between Japanese power plants and British Columbia gas fields are by no means completely clear: Japan's buyers are nervous Canada won't find enough workers to construct the giant citadels of steel required to export Pacific energy. They worry, too, about the looming new B.C. LNG tax – and they warn that LNG may not be the jackpot politicians have promised. In a world where Australia, Russia, Mozambique and the U.S. are all vying to sell ships stuffed with gas, a supply glut is a distinct possibility. If nothing else, bonanza pricing isn't likely to materialize.

Yet from the Ohgishima LNG Terminal, one of several that keep Tokyo lights on, the need for imported energy seems obvious: last week, amid a chilly cold snap, Tokyo set a record for natural gas consumption. The previous record was set a year earlier. At Ohgishima, it was a high-stakes day: "Everything was at maximum levels. We had to be very careful in our operations," said Hirota Tomomi, a general manager of safety at the terminal. "We had extra staff on standby, just in case."

In 2010, nearly 32 per cent of Japan's electricity came from nuclear. Today, it's zero. Natural gas, in response, has swollen from 32 to 49 per cent of power generation. Japan is the world's largest LNG importer.

From Japan, Canada looks like a place with stable governance and advantages of proximity and cold weather, which makes it easier – and cheaper – to chill natural gas into a liquid. Japanese companies already have a commercial interest in four U.S. LNG export projects. Government officials say Canada is likely next. After the U.S., "we used to line it up, say, Russia, Mozambique, Canada. Currently, it's Canada, Russia Mozambique," said Tatsu Nishimura, deputy director of the oil and gas division at Japan's Ministry of Economy, Trade and Industry.

In part, that's thanks to a concerted effort by politicians who have raised Canada's profile through Asian travel itineraries heavy on Tokyo stops, Mr. Nishimura said. The Japanese government has recently discussed with officials from Ottawa and Victoria "how we're going to accelerate these projects in Canada," he said.

Japan has expressed an interest, too, in finding ways to solve what it sees as one of the highest obstacles to LNG leaving Canada: finding enough people to transform billions of dollars into functioning export plants. "We're also talking with the government of B.C. how we're going to produce these labourers or train these people. Japan companies have a lot of experience in LNG projects abroad," Mr. Nishimura said. While domestic labour would be preferable, Japan has already called on Canada to consider importing people: "Our minister has been saying that we want the government of Canada to maybe expedite visas if they need to," Mr. Nishimura said.

B.C., however, doesn't yet have a single LNG project under construction, in part because of long standing problems in finding buyers willing to sign contracts. Japan, for all its energy hunger, is sick of the prices it's paying. Post-Fukushima, Japan's LNG imports have soared by 30 per cent. It's been financially painful. Natural gas is much more expensive than nuclear energy, which helped push the country's trade deficit to $72-billion in 2012.

"So economic thinking tells us that we have to use our nuclear reactors when the independent regulatory authority verifies their safety," said Masakazu Toyoda, who heads the Tokyo-based Institute of Energy Economics. Companies have applied to restart 16 reactors; the first could be back up and running this year.

If that happens, Japanese LNG demand stands to decline, rather than rise, at a time of soaring supply. Mr. Toyoda's institute produces a world LNG forecast. So many companies are looking to build new plants that if they are all built, by 2025 the world would face a roughly 50 per cent oversupply, even under a "high demand" scenario. The LNG ambitions of Canadian business and political leaders are founded, in part, on dreams of fat profits from selling cheap domestic gas at high international prices. Mr. Toyoda thinks that's unlikely: "Except for transportation and liquefaction costs, the price is going to be identical for all regions," he said.

At Tepco, meanwhile, Mr. Koizumi can't quite suppress a grin over something he already sees developing: a buyer's market.

"To be honest," he says, "there are many candidates for us to contract with." 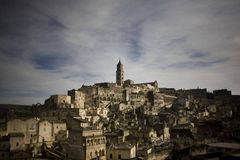