SaskPower is drawing interest from around the globe with a coal-fired power plant that captures most of the carbon dioxide before it's released into the atmosphere.

The Saskatchewan power utility is set to fire up the world's first coal generation facility equipped with post-combustion, carbon-capture technology to remove 90 per cent of CO2 emissions from the flue gas.

SaskPower has essentially completed the $1.35-billion renovation of its 110-megawatt Boundary Dam 3 plant and will spend the next three months running tests before commissioning it in June.

The amine-solution unit will capture 1 million tonnes of carbon dioxide from the waste stream after the coal is burned in boilers, and SaskPower has a long-term contract to sell the CO2 to Calgary-based Cenovus Energy Inc. to stimulate enhanced oil recovery at its Weyburn operations. The plant will also capture most of the sulphur dioxide, nitrous oxide and particulates, which can be turned into salable products.

"Not only is the project a good environmental project, it is also going to be a multifaceted money maker," SaskPower chief executive Robert Watson recently told The Globe and Mail's editorial board. SaskPower owns the intellectual property involved in the project and sees a global business opportunity, he said.

Carbon-capture and storage (CCS) technology is seen as a critical component in the global battle against climate change, but faces huge hurdles due to the high cost and questions about the ultimate fate of the carbon that is stored underground. Ottawa contributed $240-million to the SaskPower project, as well as $120-million for Royal Dutch Shell PLC's carbon-capture project at its Scotford upgrader in Alberta.

Mr. Watson said the utility will examine the feasibility of equipping other aging coal-fired units with carbon-capture technology as it figures out how to meet new federal regulations. Those rules prohibit the construction of traditional coal-fired units after 2015, and require existing ones to be closed when they reach 50 years of life unless equipped with carbon-capture technology.

He said it is nearly as cheap to retool plants with CCS than build new natural gas-fired ones, and it may be a better bet for SaskPower since coal is cheap and plentiful in Saskatchewan while the province needs to import natural gas, prices of which are volatile.

Like its Alberta neighbour, Saskatchewan relies heavily on coal for electrical power – 50 per cent in Saskatchewan's case – and is most affected by the federal emission regulations. With a fast-growing population and a strong economy, SaskPower is looking at all options to meet growing electricity needs, including renewables and purchasing hydroelectricity from Manitoba Hydro.

As in Alberta, carbon capture is more viable in Saskatchewan because the captured carbon dioxide is a valuable commodity for oil companies that are attempting to boost production from oil fields. Producers in Texas have long use carbon dioxide to enhance crude recovery, though CO2 injections have recently been blamed for mini earthquakes.

Mr. Watson said the SaskPower project is being watched by coal-dependent countries from around the world that want to continue to make use of the abundant fuel while reducing their emissions of greenhouse gases.

Cenovus has operated one of the world's largest CCS projects in Weyburn, Sask., where it pipes CO2 from North Dakota for use in enhanced oil recovery. The Regina-based Petroleum Technology Research Centre has studied the Weyburn facility for years to determine what happens to the CO2.

In projects such as Cenovus's, carbon dioxide molecules mix with the hydrocarbons and help loosen the oil from the rock to allow extraction, Neil Wildgust, chief project officer at the centre, said in a phone interview. Some of the CO2 remains sequestered in the oil-bearing deposit, and some returns to the surface with the crude and is then separated and recycled for use again.

"It's a closed loop system so essentially there is no CO2 being emitted into the atmosphere," Mr. Wildgust said. There has been considerable research done in conjunction with the International Energy Agency on what happens to the CO2 in the reservoir – which is 1,400 metres underground – and there is no evidence of leakage, he said. 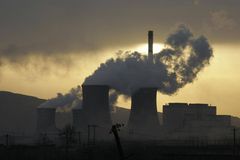