Who said the energy business is boring? Long-standing tenets and assumptions are being ripped up faster than an application for a pipeline through a nature reserve. New business dynamics are popping up faster than a rig in a shale play. Mashed together, the collective influence of technology, price signals, government policies, geopolitics, demographics and social licence are challenging the status quo of our energy complex with a vigour not witnessed since the post-1970s oil price shocks.

It's easy and exciting to embrace the new, positively-sloped energy mega-trends taking shape – light tight oil production, oil on rails, gas-fired power generation, and LED light bulbs, to name just a few. On the other hand, it's more difficult to shake old beliefs and admit that yesterday's linear trajectories are now bent out of shape.

Here are a handful of trends – from global to regional – that were once loath to bend:

Growth in long-term oil consumption was trending upward for so long, that it made a ruler look crooked. Not any more. For the past 18 months, the world's need for oil has encountered glue at 90 million barrels a day. Emerging economies are no longer demonstrating steroidal growth. China still has the biggest appetite, but economic indicators are weakening; for example, the International Monetary Fund just cut China's 2012 GDP growth forecast to 7.8 per cent from 8 per cent. By contrast, in the developed world, Europe, the U.S. and Japan keep paring their demand. Result: Each new barrel of oil pumped into an emerging economy is being offset by the loss of one in the West. This balanced arithmetic on the demand side, is likely to last for the foreseeable future. In response, oil prices are trying hard not to bend.

Oil price bulls are anxious about slowing demand, and the equally disconcerting expansion of tight oil production in the U.S. and Canada. But some reprieve may be forthcoming from the bending of the U.S. oil rig count. The unwavering, "drill baby, drill" trend that took the number of oil rigs from 200 to 1,430 in just three years finally started to flatten out during the summer. Now, the amount of iron on the ground appears to be bending over. Spent budgets, capacity constraints and oil price concerns are potential reasons. Yet, metrics and anecdotes suggest that a rapid improvement in drilling efficiencies may be kicking in. In other words, fewer rigs are needed to drill an equal number of wells. What it really says is that for every trend that's bent out of shape, there's a new one that's taking shape.

Ring in an anniversary. U.S. natural gas production has not grown for 12 months, the first time in three years. It's taken a long time and the exodus of many rigs away from dry gas plays that don't attract capital with prices less than $3 per 1,000,000 British thermal units. But at that low price, demand for natural gas is perky, especially in the market for power generation. So with supply flat and demand up, the unthinkable has happened: Almost a trillion cubic feet of surplus gas in storage has been blown down faster than a party balloon. Higher winter prices are probable, but does any producer believe the response is sustainable?

This trend isn't bending. It's already bent, sharply. After raking in a record $6-billion in land sales between 2006 and 2011, it's a bit of a secret that Victoria's take will be closer to zilch in 2012 – the lowest level in at least 10 years (see attached chart). A low price for natural gas is the prime antagonist steering away investment dollars. Also, a lot of the prospective land was staked out during the Klondike of 2008 (although what's prospective is a function of price).

But there may be more reasons for a lack of interest in new B.C. land. Uncertain provincial politics and obstructive attitudes toward oil pipelines don't inspire investor confidence. Oil and gas don't flow in the same pipeline, nor are they necessarily produced from the same well. But the capital to drill for hydrocarbons does come from the same trough – a point that seems lost on a government trying to push natural gas and not oil. 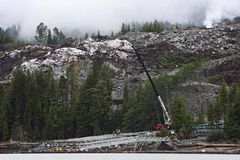 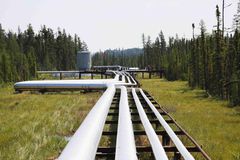 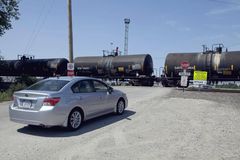