Heavy oil producers are receiving top dollar in international markets, even as Alberta oil sands producers face ongoing frustration in trying to reach the refiners who are eager to process their diluted bitumen.

Petroleos Mexicanos (Pemex) competes with Canadian heavy oil producers in the Gulf of Mexico, and its heavy Mayan crude is currently priced at $96 (U.S.) a barrel, $5 more than the trendsetting light crude, West Texas Intermediate, and nearly $30 more than Canadian heavy crude was fetching in the North American futures market.

But it's not only in North America where heavy crude is being valued highly. Prices for Saudi Arabian heavy crude delivered in China in the first quarter average $106 a barrel, just $6 below the average price for North Sea Brent, the leading international light crude.

Bank of Nova Scotia commodities economist Patricia Mohr said the higher international prices for heavy crude represent an opportunity lost for Canadian producers, who have only limited, albeit growing, capacity to reach beyond the U.S. Midwest and Ontario markets.

The differentials between Canadian bitumen prices and other sources of heavy crude would narrow greatly if pipelines such as the Keystone XL to Texas, and the Northern Gateway to the B.C. coast, were constructed, Ms. Mohr said.

"As hopefully we do get Keystone XL approved and eventually are able to sell more crude in Texas, we will get higher prices," Ms. Mohr said. "And we would get higher prices also if we were selling in China."

There is currently a shortage of heavy crude on the global marketplace after declining production in Venezuela and Mexico, coupled with the international sanctions that have resulted in reduced Iranian supply and a decision by the Saudis to curb their production due to weak overall oil demand worldwide.

Meanwhile, global refiners have long expected a declining availability of light crude, and invested heavily in the ability to process heavier crudes, especially on the U.S. Gulf Coast. That has increased demand for supplies of heavy oil, which competes with Alberta's bitumen.

"This is probably the third time in a half a century that people have overinvested in upgrading capacity," said Michael Lynch, president of the Strategic Energy and Economic Research Inc. "What you have now is that the light crudes aren't getting the big premiums because there is so much ability to process the heavy oil."

At the same time, global demand growth has slowed considerably, while production of light crude – notably in the United States – has rebounded.

But that gap has narrowed considerably in 2013, averaging about $23 per barrel in April.

Ms. Mohr cited four reasons for the improve differentials: restarting of refineries in the U.S. that had been down for unplanned maintenance; greater volumes on Enbridge Inc.'s mainline; reversal of the Seaway pipeline from Cushing, Okla., to Port Arthur, Tex., and the expanded use of rail cars.

While Canadian producers are hungrily eyeing the growing Chinese market with its premium prices, there is no shortage of supply in Asia, said J.J. Chen, a former oil trader who has advised the Alberta government on Asian market practices.

If Canada can solve its transportation logjams, China and other Asian nations would welcome it as another source of crude, but Alberta producers would have to compete with existing suppliers, Mr. Chen told a conference in Calgary on Monday..

"Canadian oil and gas is a nice thing to have but it's not a must to have," said Mr. Chen, who emphasized he was not speaking on behalf of Husky Energy Inc., where he has recently taken a job in business development. 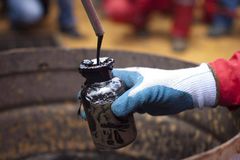 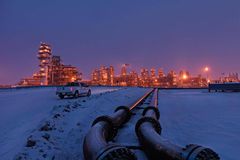 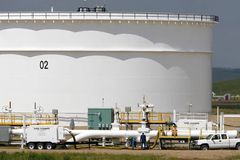 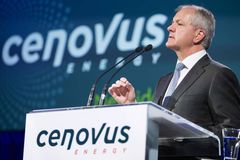 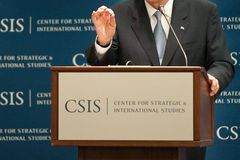