Ivanhoe Mines , owner of Mongolia's Oyu Tolgoi project, will scrap a controversial "poison pill", clearing the way for its single largest shareholder, Rio Tinto, to take over what could be one of the world's largest copper-gold mines.

News that Ivanhoe's board will propose throwing out the shareholder rights plan, originally aimed at blocking a creeping increase in Rio Tinto's stake, came as a separate standstill agreement capping the global miner's holding at 49 per cent expired on Wednesday.

Rio, which has built its stake in the miner to 49 per cent as it has helped fund construction of Oyu Tolgoi, welcomed the decision.

"As the 49 percent cap on Rio Tinto's ownership of Ivanhoe expires today, we are free to increase our shareholding as we see fit," a Rio spokesman said.

In a statement, Ivanhoe said Rio had recently told Ivanhoe's board that it intends to buy additional shares to raise its stake to more than 50 per cent.

Ivanhoe's rights plan, backed by shareholders in 2010 and due to expire next year, was dealt a fatal blow in December when a court ruled it could not be used to dilute Rio's stake. The ruling recommended Ivanhoe consider scrapping the provision, which would have triggered a massive rights issue in the event of a bid.

"Certainly Rio would like to own it, they would like to control it - it is their biggest copper project. They see it is a great asset and they are willing to back it," said analyst Nik Stanojevic at brokerage Brewin Dolphin in London.

"They want to buy it and they will think of a sensible way of getting hold of more of it."

Credit Suisse estimated this week that the poison pill plan would have required require $73-billion (U.S.) of funding from shareholders if triggered, including $38-billion from Rio.

Cancelling the plan will require approval of shareholders at the company's annual meeting on May 11.

Analysts said Rio, still scarred by its costly takeover of Canadian aluminium giant Alcan in 2007, was unlikely to jump into an aggressive move to take over Oyu Tolgoi or Ivanhoe - or get into a potentially bruising battle with Ivanhoe's CEO, Robert Friedland.

Rio's preference, they said, is most likely to lie with a friendly deal with Ivanhoe directors to give Rio control of Oyu Tolgoi in a cash and share swap, leaving behind Ivanhoe's other assets, including stakes in coal miner South Gobi Resources, Ivanhoe Mine Australia and Kazakh project Kyzyl Gold.

Credit Suisse analysts valued the 66-per-cent stake in Oyu Tolgoi at $13.3-billion in a note earlier this week.

Ivanhoe's Friedland, one of the industry's best known entrepreneurs, may be ready to move on to fresh pastures, but he is also renowned for tough negotiation, having extracted a fortune from Inco for the Voisey's Bay nickel deposit in Eastern Canada - the 1990s deal that made his name.

There are no other apparent buyers for Oyu Tolgoi, with Rio already controlling a blocking stake in Ivanhoe. It also already operates the project and is one of few companies with the deep pockets necessary to fund a similar sized mine.

This could allow Rio time to resolve key operational issues at Oyu Tolgoi, including power provision to the site.

Oyu Tolgoi, considered one of the world's largest copper deposits, is expected to reach commercial production in 2013. Over its first 10 years, the mine is expected to produce more than 544,000 tonnes of copper, 650,000 ounces of gold, and 3 million ounces of silver.

Ivanhoe made Wednesday's announcement as it said it had obtained second $1.8 billion bridge loan as a stopgap measure while it negotiates $4 billion in long-term financing for Oyu Tolgoi. The bridge loan is subject to Rio approval. 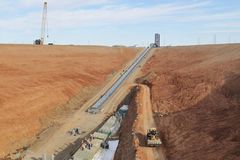 Ivanhoe plunges after Rio says no to takeover bid
December 13, 2011 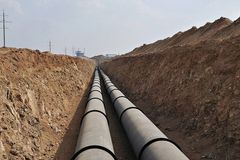 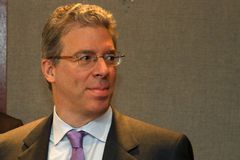 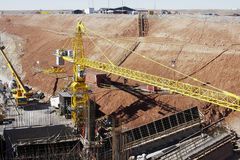