Investors should consider last week's events in Mongolia as a warning shot for the long-term geopolitical risks associated with Ivanhoe Mines Ltd.'s massive copper and gold project in Mongolia.

The Mongolian government's brazen attempt to renegotiate the terms of ownership of the Oyu Tolgoi mine comes less than two years after a formal agreement was reached with Ivanhoe, following six years of tumultuous negotiations. The $6-billion project is only half completed and is not scheduled to start production before the first half of 2013.

At some level, the government's power play to squeeze a few more nuggets out of Ivanhoe and project partner Rio Tinto is another classic case of resource nationalism. A poor country, rich in resources, and with an election looming next year, is being promised by politicians from both major parties that they can and should expect more from the mining companies. In the short term, the showdown is unlikely to lead to either a full-blown renegotiation of the contract or a significant hit to shareholders. But a few face-saving "concessions" to the Mongolian government cannot be ruled out.

At a more fundamental level, the illusion that Mongolia is an independent country runs up against some very harsh geopolitical realities. Landlocked between Russia and China, it is highly dependant on both, principally the latter. China ruled Mongolia for 300 years until independence in 1911, and many Chinese still consider it a breakaway republic. Between 1921 and 1990, the Mongolian People's Republic was part of the Soviet empire and relied on the USSR for military protection, massive loans and aid, and most of its trade.

With the breakup of the Soviet Union, China rapidly became Mongolia's largest trading partner and source of foreign direct investment (40 per cent of total). More than 75 per cent of Mongolia's exports are destined for China, which is also the source of some 30 per cent of its imports, including machinery and equipment, food products, chemicals and industrial consumer goods. In addition to mining, China is heavily involved in infrastructure projects such as power stations, roads and railways. Mongolia was also given access to China's Tianjin Port – a critical necessity for a landlocked country trying to access other foreign markets.

Most if not all of Oyu Tolgoi's production will go to China, which consumes 50 per cent of the world's copper. The project will also rely on the electricity from a power plant currently being built in China.

Over the next few years, the Ivanhoe project could end up as collateral damage in the event of any deterioration in economic and political relations between China and the West. Western political leaders are already sounding increasingly protectionist tones. This week, for example, the U.S. Senate voted in favour of a bill aimed at tackling China's "predatory currency practices," and the bipartisan support for the bill did not go unnoticed by Beijing.

While Mongolia is concerned about its growing dependence on China, and while it has revitalized its relations with Russia, it will continue to sit squarely within China's sphere of influence as there is very little it can do to branch out. The United States has understandably chosen to remain on the sidelines, and Canada will not be of much assistance in protecting Ivanhoe's interests.

Over the course of the 30-year agreement (and the additional 20-year option) between Ivanhoe and the Mongolian government, requests to renegotiate the terms of the deal can be expected on a regular basis. And there are many other ways Mongolia (with some encouragement from its powerful neighbours) can extract more juice from the mine and undermine shareholder value, such as new regulatory requirements (labour and environmental standards, water use, social and infrastructure needs, and so on). The Russians, among others, have shown how easy it is to drive out powerful oil multinationals without expropriations or explicit violations of contracts.

Ivanhoe is not a long-term player in Oyu Tolgoi, and will bail out long before the end of its contract. Many companies have successfully exited risky jurisdictions at the right time, with solid rewards for their shareholders. Others have overstayed their welcome. Ultimately, a successful exit strategy for Ivanhoe will depend on its ability to navigate Mongolia's turbulent and risky geopolitical environment.

Pierre Fournier is a geopolitical analyst with National Bank Financial in Montreal.

Ivanhoe tells Mongolia it won't reopen agreement on mine
October 3, 2011 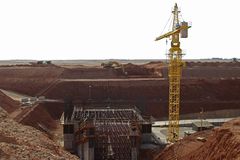 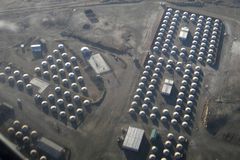 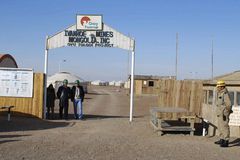 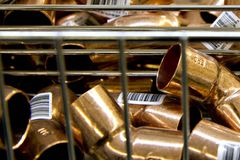