When the executives of Kinross Gold Corp. fly in from their Canary Islands office to the dusty capital of the desert country where their flagship African gold mine is located, they can't avoid seeing the hulking symbol of mining failure that dominates the skyline: the empty shell of a 15-storey skyscraper that the state mining company had started building.

Mauritania's state-owned iron-ore company, SNIM, was due to finish the tower months ago. Instead it sits half-built and abandoned, flanked by a pair of idle construction cranes. There are no signs of life. The foreign construction contractors are long gone, leaving behind piles of sand and cement blocks.

Plagued by strikes and weak iron-ore prices, SNIM is in deep trouble, while most of Mauritania's other resource projects are winding down or shelved. The national economic slump has compounded the pressure on Kinross as it struggles to reverse the losses at its huge Tasiast gold mine on the edge of the Sahara in northwestern Mauritania.

"Other than SNIM, we're the last guys standing," says Mike Sylvestre, a former Inco executive from Sudbury who heads the Kinross regional office in West Africa.

"There really isn't anything else going on right now in mining or oil and gas. So we're trying to keep the mine viable and make it profitable. We believe Tasiast is a rare asset. We truly believe in its future."

The Toronto-based miner acquired Tasiast in 2010 as part of its $7.1-billion (U.S.) takeover of Red Back Mining Inc. – a deal that soon proved disastrous. As gold prices fell and costs remained high, Kinross had to write down most of its Tasiast asset. Last year, the mine lost $65-million and its losses are likely to be even higher this year, Mr. Sylvestre says.

This year Kinross suspended a planned $1.6-billion expansion that would have allowed the mine to process 38,000 tonnes of ore a day, compared with 7,000 tonnes now. Mr. Sylvestre still believes the mine can return to profitability by the end of 2017 – but only if it goes ahead with cost-cutting measures that have sparked widespread outrage in desperately poor Mauritania.

On Friday, Kinross announced more than 225 layoffs and voluntary severances at the mine. Union leaders are threatening protests or strikes if Kinross refuses to halt the cuts to its work force of about 2,200 employees and contractors. Opposition politicians say they are shocked by the layoffs and the cancelled expansion plan, which would have created 4,000 badly needed jobs here.

"It was a broken promise," says Fatimatou El Meidah, an opposition member of Parliament. "They said they would create 4,000 jobs and now instead they are getting rid of 250 people. Those workers are heads of families, each of them taking care of many people, and now they are losing their jobs."

Her political party, Tawassoul, argues that the layoffs are unjustified because Kinross hasn't disclosed enough financial details to prove that the mine is losing money. Similar criticism is being levelled by the General Confederation of Mauritanian Workers, a trade union at the mine. "The Mauritanian people had a lot of hopes from Kinross, but now there is massive frustration," said Mohamed Lehdib Cherif, one of the union's leaders.

"People are starting to question whether it should stay in the country. The expansion of the mine was just an illusion, a magic trick. It was never a real plan."

Kinross endured weeks of protests in 2013 after an earlier round of layoffs, and it is bracing for the possibility of more protests again. "We absolutely understand the frustration," Mr. Sylvestre said in an interview in his Nouakchott office. "It's frustrating to us as well. The problem is that we'd geared up, built up infrastructure and had staffed up to the levels necessary to start getting us to the 38,000 tonnes. We kind of overshot the mark, and now we're having to back up. You can expect some backlash for sure."

The latest cuts include 148 layoffs and 78 voluntary severances. "We'd like to get this done sooner, rather than later, because every day that we operate we are losing a terrific amount of money," Mr. Sylvestre said.

Kinross, the world's fifth-biggest gold producer, is fighting to avoid the fate of other mining investors in Africa as commodity prices remain weak. Several foreign miners have announced plans to shutter or unload their investments across Africa in recent weeks, from platinum mines in South Africa to copper mines in Zambia and the Democratic Republic of the Congo.

The biggest challenge for Tasiast is the high cost of operating in a remote desert location, where it had to build a huge camp to accommodate up to 2,500 people. Its production costs are higher than every other Kinross mine in Ghana, Russia, Chile, Brazil and the United States, the company says. It says it spent $1,063 to produce an ounce of gold at Tasiast in the second quarter of this year, compared with $690 an ounce at its Chirano mine in Ghana. This means the Mauritanian mine is losing money at current gold prices, when administrative and exploration costs are factored in.

As part of the plan to salvage its Mauritanian operation, Kinross is cutting a range of costs, including contractors and expatriate staff. It will reduce its expats from nearly 200 to about 75 by the end of 2017, Mr. Sylvestre said.

He has also decided that its corporate jet should be kept parked. "If it stays in the dust for another year, it's gone," he said. "The intent is not to use it unless we absolutely need to."

In response to the local criticism of the layoffs, Kinross says it spent $1.4-billion in Mauritania from 2010 to 2014 on wages, taxes, royalties and the cost of buying supplies from 600 local companies.

While cutting costs at Tasiast, the company aims to increase its processing capacity to more than 10,000 tonnes a day. "We do have a plan to save this thing," Mr. Sylvestre says.

"We want to live to fight another day. The plan is to become profitable and then wait for the price of gold to recover, if it ever does, and perhaps we can do a larger expansion then."

That's not much consolation to the workers who are losing their jobs from the layoffs and the cancelled expansion. "It will be very painful for our society to lose those jobs, because those workers are supporting hundreds of other people," says Ahmed Ould Dhaker, a senior director in Mauritania's mining department.

"You can't fire a guy and tell him it's because of the price of gold. The fired people only know that they'll have more difficulty in sending their children to school or buying clothes for them." 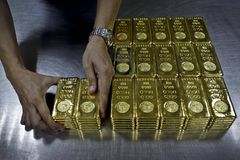 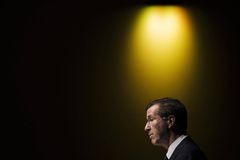