Canadian natural gas producers are losing more ground to U.S. competitors as an acute shortage of pipeline space forces them to cap output.

Producers have been shutting in supplies this year over a capacity squeeze poised to last another few months on TransCanada Corp.'s NGTL system in Alberta, as the pipeline company undertakes inspections and repairs ordered by regulators.

Less space on the 23,500-kilometer (14,600-mile) system, which gathers two-thirds of Western Canada's gas output, has also contributed to volatile prices for supplies shipped on other regional pipelines.

The constraints are the latest dilemma for Canadian producers selling less gas into the U.S. because of a supply boom there. Delays to expansion plans may prevent them from taking full advantage of cheaper drilling costs as the fall in oil prices has lowered service rates.

"We're struggling to get our gas to market," said Darren Gee, chief executive officer of Peyto Exploration and Development Corp. "This is the first time in our 17-year history that we've experienced this."

Peyto, Tourmaline Oil Corp. and NuVista Energy Ltd. are among producers that have curtailed gas output because of the transportation issues. Peyto reduced production by about 10 percent in May because shipments were pushed off pipelines.

Companies have warned investors about the challenges and mostly factored slower output growth into their 2015 forecasts. Still, until the bottlenecks are eased, fund managers will view lower cash flow as a drag on Canadian producers relative to their U.S. peers, said John Stephenson, CEO and founder of Stephenson & Co. in Toronto.

The transportation issues represent "another negative," though Stephenson said he hasn't reduced his small holdings in Peyto and Tourmaline.

"You have less growth, so you have less potential for upside and you have uncertainty in terms of timing," Stephenson said. "It's another mental hurdle for an investor to get over."

Net exports of Canadian gas fell 21 percent in 2014 from four years earlier amid a surge of production in the U.S., which takes more than 99 percent of the nation's supplies, according to the country's National Energy Board regulator.

Other regional gas pipeline systems haven't been able to make up for the NGTL constraints. Many producers can't access the alternative pipelines, while the flood of gas seeking a home and maintenance work on those systems have resulted in wide regional price swings in recent weeks.

The National Energy Board flagged recent ruptures and leaks among safety concerns in an audit completed last year of TransCanada, the company proposing the $8 billion Keystone XL pipeline. TransCanada is awaiting a U.S. decision on Keystone XL, a project first proposed in 2008 that would carry crude from Alberta's oil sands to refineries on the Gulf Coast.

The regulator ordered lower operating pressures on some parts of the NGTL system and speedier repairs planned for 25 segments. Environmental groups and communities have highlighted the risk of spills and explosions along pipeline routes.

"They've definitely starting baring their teeth in the last year because they've been feeling the heat," said Martin King, an analyst at FirstEnergy Capital Corp. in Calgary.

The U.S. Energy Information Administration estimates that gross pipeline imports in 2015 will drop 2.6 percent to 7.03 billion cubic feet a day from last year, the least in data going back to 1996. "Increases in domestic natural gas production are expected to reduce demand for natural gas imports from Canada," the EIA said in a July 7 report. 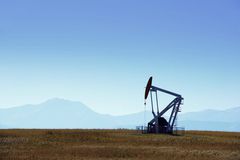 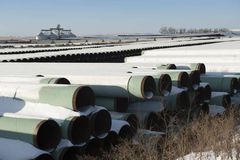 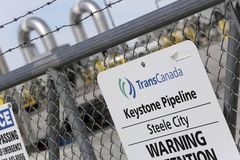