SNC-Lavalin Inc. is hoping to revitalize its international nuclear business through an effort with its Chinese partners to burn reprocessed fuel in a Candu reactor as a way to reduce radioactive waste.

Officials from Candu Energy Inc. are leading a Canadian nuclear industry mission to China this week, which will include a visit Monday to the Qinshan nuclear power station south of Shanghai where two heavy-water Candu 6 reactors are in operation. Candu Energy is the former Atomic Energy of Canada Ltd., and is now wholly owned by SNC-Lavalin.

The Mississauga-based nuclear vendor has been working with the Chinese operator of the Qinshan plants to fashion reprocessed fuel from the waste products of competing light-water reactors. The Candu could, in effect, become the blue box of the nuclear industry, company executives said in an interview.

"We're very excited that this advances the discussion we can have about introducing more Candus into China," Jerry Hopwood, the company's vice-president of marketing and product development, said.

Candu reactors use heavy water, which includes a hydrogen isotope called deuterium, both for coolant and to moderate atomic reactions. Light-water reactors use ordinary water for both purposes.

Each approach offers different benefits, but the world market is dominated by light-water reactors, which require enriched uranium as fuel. In contrast, the heavy-water Candus can burn natural uranium as well as reprocessed fuel.

"Those reactors are going to produce a lot of waste fuel and China has a plan to recycle all the waste fuel from its reactor," Mr. Hopwood said. "We believe there is a very strong opportunity to sell a significant number of Candu units in China."

He said the partners have completed all the development and licensing work, and the Chinese operators expect to begin running reprocessed fuel in the two Candu reactors at an industrial level by the end of the year.

The company is also working with Chinese partners to modify the existing Enhanced Candu model so it will more efficiently burn the recycled fuel but also run on thorium, an abundant alternative to uranium that produces less highly radioactive waste. China has vast reserves of thorium but must import uranium, and develop a thorium-fired reactor.

As well, Candu Energy is one of two finalists in the United Kingdom's competition to select a reactor design that will eliminate a stockpile of plutonium. "We think this work in China is paving the way for other options where Candu's fuel-cycle ability is a benefit, notably in the U.K.," Mr. Hopwood said.

The trade delegation will include Ontario's Minister of Research and Innovation, Reza Moridi, who is a nuclear physicist, and several business leaders from the Organization of Canadian Nuclear Industries, an Ontario-based suppliers' group that is eager to land export and service business in the world's fast growing reactor market.

Critics contend the Candu 6 is an outdated design that lacks safety features included in newer reactors, and that it is a technology that the international marketplace has largely rejected since the 1990s.

"So yeah, the industry is trying to say Candu isn't dead. Never say die," said Shawn-Patrick Stensil, a nuclear campaigner at Greenpeace Canada. "If Candu isn't dead, it's a zombie." 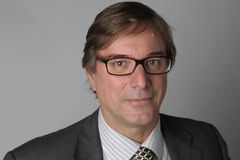 Stars are beginning to align for solar
Subscriber content
April 3, 2014 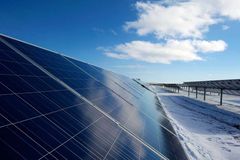 Gazprom to Ukraine: Pay up or else
Subscriber content
April 11, 2014 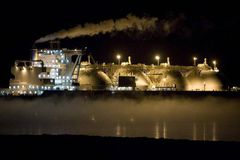