The U.S. Senate energy committee will hold a hearing next week to consider the benefits and risks of expanding the country's ability to export natural gas, amid growing efforts by companies to supply Asian markets where prices are three times higher than in North America.

Producers in the United States and Canada are eyeing LNG export projects as the shale gas revolution continues to depress North America prices. In the U.S., the export issue has pitted producers who see an opportunity to earn premium prices against industrial gas users and some utilities that want continued access to low-cost fuel.

Noting the current glut of North American supply, Alaskan Governor Sean Parnell has told TransCanada Corp. to rethink its proposed pipeline project that would bring Arctic gas to U.S. markets. He wants TransCanada and its would-be gas suppliers to instead examine the potential for an LNG facility on the southern Alaskan coast aimed at the Pacific Rim.

The Calgary-based pipeline company said it has regular consultations with state officials and its partners, led by Exxon Mobil Corp. "TransCanada is continuing its efforts to advance the Alaska Pipeline Project to successfully transport North Slope gas to market," the company said.

Earlier this year, Cheniere received the first export licence for an offshore sale from the Department of Energy. The department overruled opposition from the large consumer groups but said it will monitor the market to ensure domestic needs can be met and will assess pending export applications for their cumulative impact on U.S. markets.

All told, there are more than a half-dozen LNG export projects in the works in North America, including several in the United States that were built for imports but have been virtually idle. In Canada, the Kitimat, B.C., project led by Apache Corp. has been approved by the National Energy Board, while Royal Dutch Shell PLC is also considering building an export terminal on Canada's west coast.

If all those construction plans proceed, LNG exports could account for some 6-billion cubic feet a day after 2015, or nearly 10 per cent of North America's current production.

Alaska Senator Lisa Murkowski, who is the leading Republican on the Senate energy committee, is promoting LNG exports from her state, but acknowledges concerns about energy security and rising prices if exports grow rapidly.

Ms. Murkowski "feels there needs to be a balance between creating export opportunities, incentivizing domestic production, and ensuring we can meet our own growing energy needs with natural gas, especially as the United States looks for opportunities to boost its energy-dependent manufacturing sector," a spokeswoman said in an e-mail.

Energy-intensive North American manufacturers like those in the chemical industry have seen their fortunes improve with access to low-cost natural gas, and are loath to lose that advantage.

The Industrial Energy Consumers of America – which represents a broad array of manufacturers – intervened to oppose Cheniere's export application.

"Exporting natural gas is the equivalent of [creating]higher demand, both of which has the potential to increase the price of natural gas to the manufacturing sector and the public," the association said in a letter to the Department of Energy.

Both Cheniere and the Department of Energy said they did not expect that the Sabine Pass facility, with a capacity to export 2.2 billion cubic feet per day – would affect domestic gas prices.

Cheniere spokesman Andrew Ware said the export market represents a "huge opportunity" for companies that are being forced to shut in production and, in some cases, flare the gas in order to capture the accompanying liquids like propane and butane or oil.

"We see the amount of gas that could come out of existing shale plays as massive, and our own studies show minimal to no price impact" from exports, Mr. Ware said in an interview.

Analysts say the industry needs access to foreign markets to spur further development, as drilling rigs are being moved away from shale gas plays and into new tight oil developments.

"An LNG industry will bring liquidity to the gas market and may provide the spark required to revive this apparently faltering industry," said Mark Young, an analyst with Evaluate Energy, an international consulting firm.

"It will take a long time to see tangible benefits for domestic producers and exporting companies across the board, but the seeds are being sown for this revival." 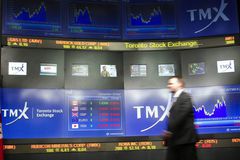 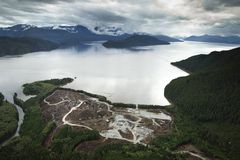 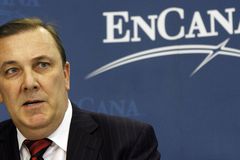 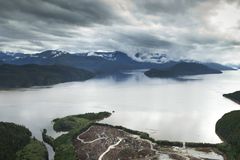 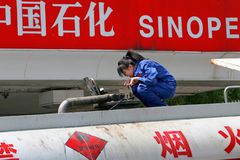