Goldcorp Inc. is leading an industry push to clamp down on suppliers, pressuring them to slash prices so the mining company can keep costs down amid the sector's slump.

Miners are under siege after bullion lost about a third of its value over the past couple years. Big gold producers such as Barrick Gold Corp. and Kinross Gold Corp. overhauled operations and wrote down assets to mitigate the downturn. Smaller miners such as Iamgold Corp. have cut dividends to preserve cash. Now mining companies are pushing suppliers to slash prices on equipment, goods and services after years of escalating costs.

Goldcorp, a major producer and favourite among analysts and investors, is leaning on vendors to help reach the company's goal of cutting costs by 17 per cent.

"We ask that you perform an immediate review of your costs and propose adjustments to your current pricing to meet our target," the company said in a letter viewed by The Globe and Mail.

The pressure is bearing fruit. By the end of June, Goldcorp had realized $74-million in reductions from squeezing its supply chain – an area it has identified as "one source of significant cost savings." The Vancouver-based company is aiming for $100-million in annualized savings.

In its letter, dated May 1, Goldcorp asks suppliers to propose a discount on the goods or services that would take effect in July.

The document cites the miner's plan to reduce its total expenses to produce an ounce of gold by 17 per cent. The letter was addressed to the company's North American suppliers and signed by Goldcorp's purchasing director, as well as the general managers for its Red Lake, Musselwhite, Porcupine and Wharf mines in Canada and the United States.

When gold plunged last year, Goldcorp sent a letter warning suppliers that no one had any idea how far the precious metal would fall.

Gold had lost 20 per cent of its value by August of that year and was trading just above $1,300 an ounce.

The miner noted that its recent billings were evidence that some of its vendors were "enjoying substantial profit" from Goldcorp's operations.

"We as a company cannot and will not pay any premiums and are looking aggressively at any and all opportunities to manage our costs lower on a continual basis," the company said in its August, 2013, letter.

Goldcorp is not the only miner demanding lower prices from suppliers.

Barrick, the world's biggest gold producer, has targeted $250-million in annual procurement savings. This comes after the Toronto-based company took some of the most drastic steps in the sector, suspending its key gold project in the Andes and divesting more than $1-billion in assets, including a mine jointly owned with Goldcorp.

Labrador Iron Mines Holdings Ltd., which was forced to suspend all operations for the year because of weak iron ore prices, said this summer it's cutting operating costs and negotiating terms with its suppliers, targeting savings in fuel procurement, aviation services, power, rail-car leasing and other areas.

Small Canadian gold explorer, Wolfden Resources Corp., has asked its contractors to cut rates and said it has seen prices for drilling and ore analysis come down as much as 50 per cent.

"We're seeing those companies bid aggressively for the smallest of jobs," said Wolfden's chief executive George Topping, though he noted that the bigger companies such as a Goldcorp and Barrick would have more success in extracting concessions. "The bigger the program, the larger the concessions they will be able to wrangle out of their suppliers," he said.

With bullion trading around $1,300 (U.S.) for most of this year, the gold industry has doubled down on efforts to make their operations more efficient and reduce expenses.

A report by Ernst & Young said mining companies had to go beyond cost cuts and look at other areas such as different mine methods and reducing production.

Goldcorp chief executive Chuck Jeannes dismissed suggestions that suppliers were upset with Goldcorp's efforts and said his company has a good rapport with them. "We are not just getting concessions from suppliers but we are being more efficient," he said in a recent interview.

Mr. Jeannes said Goldcorp would have "further discussions" with its vendors in order to meet the miner's projected $100-million in annual savings. 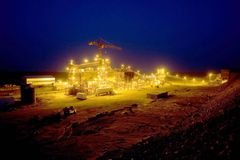 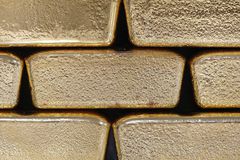