The great commodity slump has entered a new and dangerous stage, with two of the globe's most important raw materials diving to fresh depths on growing fears of a Chinese slowdown.

Copper, meanwhile, tumbled to a six-year low of $1.97 a pound. The metal, used for a wide variety of industrial and construction applications, is down more than 9 per cent in January.

Mounting anxiety over China is to blame for much of the recent havoc in commodity prices. The Asian giant's frenetic growth propelled the world's booming demand for raw materials over the past decade and its deceleration has already inflicted major damage on commodity prices.

The fear now is that even more losses may lie ahead if China devalues its currency as a way to make its exports more attractive and stem the flight of capital out of the country.

"Oil in the $20s is possible," Adam Longson, a Morgan Stanley analyst, wrote in a report that focused on the currency risk.

Since commodities are priced in U.S. dollars, a weaker yuan would make raw materials more expensive to Chinese consumers and sap demand.

Persistent supply gluts are adding to the downward pressure on commodities. In the petroleum market, for instance, prices are being dragged lower by booming production of shale oil coupled with Saudi Arabia's unwillingness to cut back output.

Merrill Lynch and Goldman Sachs have warned that WTI prices have the potential to fall below $30 a barrel. If that does come to pass, it would be traumatic news for an Alberta oil patch already suffering from deep spending cuts and wide-ranging layoffs.

Oil has plunged to alarmingly low levels for Canadian oil producers that sell Western Canadian Select benchmark crude, which trades at a sharp discount to WTI. The Canadian oil benchmark has crumbled to about $16.60 a barrel, according to Net Energy Inc. Such prices are far below break-even levels for most producers.

Miners face an equally challenging outlook. Mines take years to develop and many projects launched during the commodity frenzy are only now coming into production, just as demand wanes.

"In the current environment, we believe that there is greater likelihood of more dividend cuts [for mining companies], capital raises, debt refinancing challenges, impairments, rating downgrades, management changes, lack of buyers for assets up for sale, and forced capacity closures," Citibank analysts wrote in a report Monday.

While most miners have already seen their share prices hammered by slumping commodity prices, the fall in copper prices has inflicted a fresh round of pain.

In Canada, shares of HudBay Minerals Inc., a Toronto-based miner of copper and zinc, slid 11.5 per cent on Monday. Teck Resources Ltd., the Vancouver-based producer of copper, zinc and metallurgical coal, saw its stock retreat 6.1 per cent.

In the United States, shares of Freeport-McMoRan Inc., one of the world's major copper miners, slumped 20.4 per cent.

"I think [copper] prices are approaching oversold levels and copper-related equities are definitely oversold," said Patricia Mohr, commodity specialist at Bank of Nova Scotia. She noted that actual demand for the metal in China continues to edge up.

However, few observers feel confident in predicting the outlook for the country's opaque and highly politicized economy.

The recent selling frenzies that have pulled down the benchmark Shanghai stock index and the government's clumsy efforts to support the market have hurt investors' confidence. Even optimistic economists warn that China's efforts to wean itself off infrastructure projects and construction binges is likely to mean a significant slowdown in growth.

"China poured more cement and concrete between 2011 and 2013 than the U.S. did in the whole of the 20th century," Lawrence Summers, the former U.S. Treasury secretary, wrote in the Financial Times. The country's share of global consumption of commodities is unsustainable even if it does manage the difficult transition to a more consumer-led economy, he said. 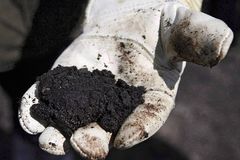 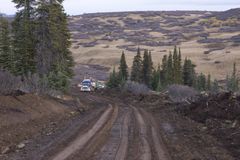 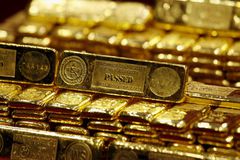 Goldcorp to consider expanding outside of Americas to Africa, incoming CEO says
January 11, 2016 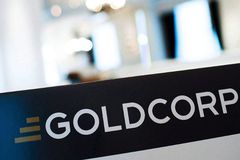