A move by Anglo-Australian mining giant Rio Tinto Group to drop the storied Alcan name has touched a nerve in Quebec and fostered a feeling in some quarters that the company is cold-heartedly discarding a priceless piece of Quebec's heritage.

The chief executive of Rio Tinto's Montreal-based aluminum division, Alfredo Barrios, said in a recent internal memo the corporate name is being changed from Rio Tinto Alcan to "the Aluminium product group of Rio Tinto" by way of aligning with Rio Tinto's other product divisions in a uniform global branding effort.

Mr. Barrios acknowledged the change "may understandably generate mixed emotions" for employees from within the ranks of the former Alcan, which Rio Tinto took over in a $38-billion (U.S.) deal seven years ago.

When Rio Tinto's aluminum division headquarters moves next year from its current Sherbrooke St. location in the "Maison Alcan" to the spanking new Deloitte Tower next door to the Bell Centre, the major new tenant will be identified only as Rio Tinto.

Replacement of signage at the different sites, including the sprawling aluminum smelters in the Saguenay region of Quebec, is to begin next year.

The changes aren't necessary and reflect a lack of sensitivity on the part of the London-based conglomerate, critics contend.

"Quebeckers respect Rio Tinto, but they miss Alcan," former Alcan chief executive officer David Culver recalls telling Mr. Barrios after a presentation the latter gave earlier this year. "I was hoping he might recognize the name Alcan has certain meanings in Quebec which go way back. He said, 'We'll take that into consideration.'"

Lewis Gagnon, 70, is the publisher of a newspaper called l'Arvidien – named after Arvida, the town in the heart of the Saguenay built by Alcan predecessor Alcoa and its president, U.S. financier Arthur Vining Davis, in the 1920s. Mr. Gagnon, whose father toiled in an Alcan smelter, says the locals he chats with are saddened by the phasing out of the iconic Alcan moniker, short for Aluminum Company of Canada.

"Once the name is gone, it's a part of our history that's gone," Mr. Gagnon said.

Terry Loucks, a retired Air Canada employee and self-described "Arvida ambassador," says many residents of the community – a company town that was at one point the biggest aluminum manufacturing centre in the Western world – are joining efforts to preserve not only the historic name of Alcan, but also the buildings and the company's voluminous archives.

"Alcan was in a way tattooed on everybody's arm. My dad, who went up [to the Saguenay complex to work] in 1942, had a psychological tattoo for Alcan," said Mr. Loucks, who is part of a group that has been trying for years to get Arvida recognized as a UNESCO World Heritage Site.

This year marks the 89th anniversary of the founding of the town, whose every detail was carefully mapped out by urban planners hired by Mr. Davis, including housing for the workers.

The fadeout of the Alcan name coincides with a scaling down of Rio Tinto's Montreal offices and a push by the company to continue cost-reduction efforts in the midst of the global commodities price slump.

Rio Tinto aluminum division spokesman Bryan Tucker said the company is well aware the name change is difficult for some to digest.

"We understand the history of the company and what it represents," he said. At the same time, the company needs to "strengthen the brand and reputation of Rio Tinto, the group, as a whole as opposed to segmenting that recognition." 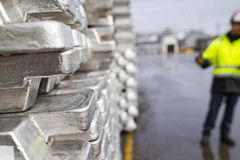 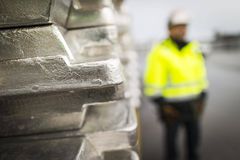