With natural gas prices stuck in a prolonged funk that not even winter's cold can cure, Canada's energy industry is about to turn the switch on a series of efforts to stoke new demand on highways, waterways and railroads.

The dream of replacing fuels such as diesel has long been a tantalizing one. But industry is now taking its first steps toward realizing it, as western Canada becomes a test-bed for a new way to power the economy – and fertile ground for deeply optimistic ambitions.

"Ultimately it can displace 100 per cent," said Dick Brown, chief executive officer of Ferus LNG Inc. "What it needs is the infrastructure to be able to do that."

Ferus is among those working to build that infrastructure, in hopes skeptics will give it a try. In partnership with Encana Corp., it is installing a 190,000 litre-per-day plant to supply liquefied natural gas, or LNG, to drilling rigs and other heavy equipment near Grande Prairie, Alta., by year's end. Royal Dutch Shell PLC, meanwhile, is weeks away from supplying fuel to an LNG station at the first of three Alberta Flying J truck stops, as the company brings into service a transportation-focused liquefaction plant not far from Calgary, a Shell global first.

"The movement has gone beyond talk," said David Hill, vice-president of the natural gas economy at Encana. "We're sitting at a crossroad of energy transformation in North America. It has ripple effects across the world, and it's real."

The driver is cost: in Canada, LNG, on a per-litre equivalent basis, is now some 40-per-cent cheaper than diesel. There are other benefits, too, including sharp declines in emissions, that have encouraged Encana to now run half its contracted drilling rigs on natural gas.

The conversion hasn't been perfectly smooth. Diesel provides more torque, so gas rig operators have had to change their techniques. And wherever it drills, Encana has to ensure the local Caterpillar dealership has trained service technicians.

But in places where it can run a rig off gas from nearby wells, its fuel cost is just 12 cents a litre; elsewhere, with truck deliveries of more expensive LNG, Encana estimates a one- to three-year payback on $1.2-million retrofit costs. The company is now experimenting with natural gas-powered hydraulic fracturing.

Outside of the oil patch, the technology is spreading, too. Rising numbers of garbage trucks and buses run on natural gas. In December, TOTE Inc. ordered the world's first two LNG-powered container ships, a shift it said will "mark a new age of shipping."

Yet questions remain. Take Bison Transport, which is buying 15 truck tractors that will run on Shell-produced LNG.

The payback could be in as little as 2 1/2 years, and Bison has signed agreements largely guaranteeing its gas price for five years. Shell and Westport Innovations Inc. are also helping to back the purchases, said Trevor Fridfinnson, Bison's vice-president of western operations. Still, without the government support that exists in places like B.C. and Quebec, it's a tough decision.

"It's risky to buy a truck that's 75-per-cent more expensive than your competitor and hope that the payback winds out over time," Mr. Fridfinnson said.

"To this point, in Alberta we're the only fleet that's stepped up and said, 'okay, let's go.' So that in itself says something."

CN says its test program is "progressing well," according to spokesman Mark Hallman. But there are numerous remaining hurdles, including costs, the logistics of fuel switching and "the adoption of industry standards because locomotives from one railway often run on another carrier's network," he says.

And BC Ferries says it is "definitely considering LNG" for new ferries that could enter service in 2016. But it's unlikely to touch most of its existing fleet, where the payback times for conversion can stretch to a decade. "In our mind, that's too long," spokeswoman Deborah Marshall said. 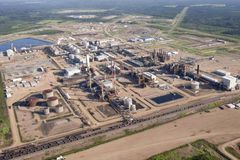 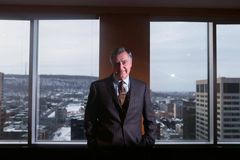