The National Energy Board is set to hand off a political time-bomb to the Liberal government on Thursday as it releases its report on Kinder Morgan Inc.'s controversial proposal to expand its TransMountain crude pipeline dramatically.

Prime Minister Justin Trudeau will have seven months to work toward some kind of political consensus in the highly polarized debate over a pipeline project that is seen an economic lifeline in Alberta but as dangerous "dirty oil" infrastructure among opponents.

Alberta has been battered by low oil prices and a raging forest fire that has shut down more than a million barrels a day of oil sands production. Premier Rachel Notley is looking for signals from Ottawa that the Liberal government will approve the $5.4-billion (U.S.) project, which would nearly triple the line's capacity to 890,000 barrels a day of crude.

Environmentalists, First Nations and the mayors of Vancouver and Burnaby, B.C., adamantly oppose the expansion, saying it is inconsistent with Canada's commitment to reduce greenhouse gas emissions and poses unacceptable risks of spills in Vancouver Harbour.

The energy board is expected to recommend that cabinet approve the pipeline expansion with a slew of conditions. But the government could impose even tougher requirements that would include consent from First Nations – something the NEB has never required, George Hoberg, a University of British Columbia political scientist who opposes the project, said on Wednesday.

Last summer, the board released a list of 145 draft conditions meant to enhance safety and consultation with local communities, but those were not seen as insurmountable obstacles. Obtaining consent from First Nations was not among them.

Mr. Hoberg said the Liberal government could send the report back to the board, saying it was unsatisfied with conditions involving First Nations' rights. Ottawa recently approved the United Nations Declaration on the Rights of Indigenous Peoples, which includes the principle that aboriginal communities have the right to "free, prior and informed consent" for projects on their traditional territory.

The federal Liberals – who promised a new hearing process for TransMountain during the election campaign – have instead imposed "transitional measures" that include extended consultations with First Nations and other communities along the route. The government also conducted a review of the project's impact on greenhouse gas emissions from the oil sands, the results of which will also be released on Thursday.

Natural Resources Minister Jim Carr this week named a three-person panel that will take six months to conduct those consultations and report to the government in November. The panel includes Kim Baird, a former chief of the Tsawwassen First Nation; University of Winnipeg president Annette Trimbee, a former deputy minister in Alberta; and former Yukon premier Tony Penikett, who now works as a mediator on First Nations negotiations.

Mr. Carr insisted this week the government will reach a decision by the end of the year, and acknowledges that not everyone will be happy with the result.

Conservative natural resources critic Candice Bergen said she expects a positive report from the NEB, and urged the Liberals to send a clear signal that they will respect the regulator's recommendations. She said investors are also looking for a sign that Canada's oil industry will be able to reach fast-growing Pacific markets.

"Oil workers have been through so much. They've been to hell and back," Ms. Bergen said. "Alberta needs to see something positive; they need to see some light at the end of the tunnel."

New Democratic Party MP Nathan Cullen said the Liberals have not changed the process significantly from that of the Harper government. Mr. Cullen dismissed the government's review of greenhouse gas emissions, noting it includes no benchmark to determine how the result would affect the project's fate.

Board ruling looms for expanded Trans Mountain pipeline as Ottawa appoints panel
May 17, 2016 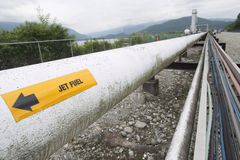 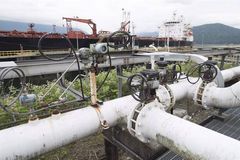 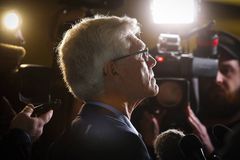