Nebraska has approved an alternative route for TransCanada Corp.'s $8-billion (U.S.) Keystone XL pipeline, a ruling that removes a key hurdle in the decade long-quest to link Alberta's oil sands to U.S. refineries on the Gulf Coast – but will create more uncertainty for the controversial project.

The Monday ruling is far from an unqualified victory and would add costs and further delays to the project. Still, the decision was immediately welcomed by the Alberta-based oil industry and governments in Edmonton and Ottawa.

The 3-2 decision is likely to face appeals by landowners and environmentalists, who contend the ruling approves a route with little actual study and invalidates the presidential permit issued by U.S. President Donald Trump last March that was based on the company's preferred route.

TransCanada issued a brief statement Monday signalling it would study the decision's impact on the project's costs and schedule. TransCanada shares were up 1.5 per cent in late afternoon trading on the Toronto Stock Exchange.

"While today's Keystone XL pipeline approval is an important milestone, it does not provide certainty that the project will ultimately be built and begin operating," Gavin MacFarlane, a vice-president at Moody's Investors Service, said in a statement.

Calgary-based TransCanada has sought approvals for Keystone XL for nearly 10 years; it was turned down by then-president Barack Obama in 2015, only to be swiftly revived by Mr. Trump last March.

The project would deliver up to 830,000 barrels a day of crude from Alberta to Steele City, Neb., where it will connect with an existing pipeline network to the U.S. Gulf Coast. The company has not committed to build the project, despite saying earlier this month that it had secured adequate commitments from crude oil shippers.

On Monday, the Nebraska commission said the pipeline can be built along a route that more closely follows the company's existing Keystone line through the state, shifting the expansion east of TransCanada's preferred path.

The company had already secured easements from 90 per cent of landowners on its chosen route. It now faces the prospect of lengthy negotiations with a new set of landowners at the same time it cleans up last week's 5,000-barrel oil spill in South Dakota that shut down portions of the original Keystone pipeline.

Brian Jorde, the lawyer representing Nebraska landowners opposed to the pipeline, said his clients scored a major victory in defeating TransCanada's preferred route, and the company still has a major battle on its hands to proceed on the alternate one.

"The landowners haven't lost until the pipeline is under construction, and we're years from that happening, if ever," Mr. Jorde said in an interview. He argued that the new route has not been approved by the federal government, nor did it receive extensive reviews by the state.

"The landowners that would be on that route are learning of it for the first time today, and they did not have a voice at the Public Service Commission hearings where they could make their issues and concerns heard," Mr. Jorde said. As a result, he said they have clear grounds for appeal, as was noted in a dissenting opinion by Nebraska Commissioner Crystal Rhoades.

TransCanada itself had argued during hearings that its preferred route was far superior to the one the commission approved on Monday. "If the Keystone XL pipeline were to follow the mainline in its entirety, it would require considerably greater length in the overall pipeline route than the preferred route currently uses," the company said in a final submission to the commission.

"This additional length would cause greater environmental impact and render the route inferior to the preferred route."

Pipeline opponents argue the Nebraska commission's decision invalidates the permit issued by Mr. Trump last March. That permit was subject to the condition that the pipeline be "in all material respects" as described in the State Department's final environmental assessment issued in January, 2014.

That State Department review was based on TransCanada's preferred route, but it did include assessments of alternatives, including the one approved Monday by the Nebraska commission.

Mr. Trump and Secretary of State Rex Tillerson could simply declare that the change in route does not invalidate the federal border-crossing permit, a move which could then be challenged in court.

In Ottawa, Natural Resources Minister Jim Carr acknowledged that the ruling was not a clear-cut victory. "There are some route alternations. The proponent understands that and will make the necessary adjustments," he said. "But this was the major hurdle and the hurdle has been overcome."

Energy-industry analysts characterized the decision as a clear, if partial, win for TransCanada and its oil-shipper customers.

Speaking in Toronto, Alberta Premier Rachel Notley praised the decision and urged Canadian regulators to follow the U.S. example. "We also need to access the Asia-Pacific market and we need to diversify our markets in order to get the best price for our product and to reduce the degree which we suffer through a pretty significant discount in Alberta. So what we still need to do is get that pipeline to the West Coast constructed and that's good for all Canadians and the Canadian economy, not just for Albertans." 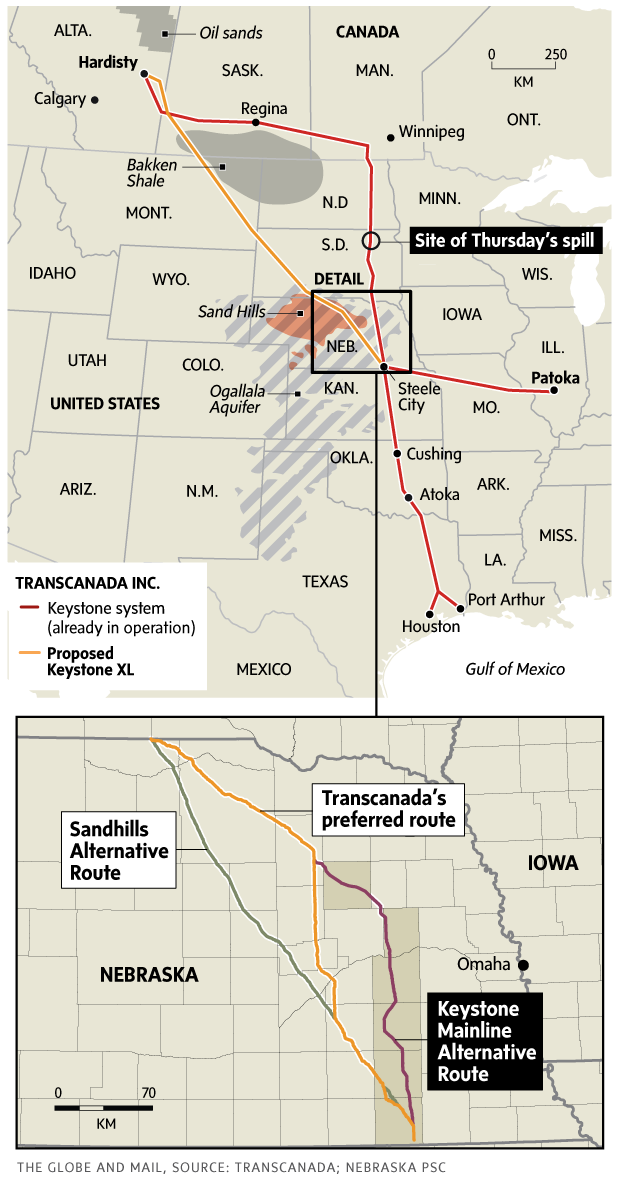 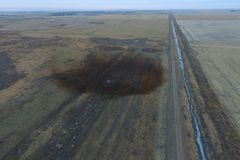 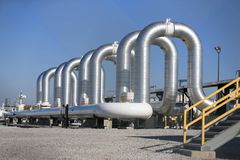