The New Brunswick government pushed ahead with dozens of new regulations governing shale gas exploration on Friday with the hope of creating jobs in a province that's hungry for economic growth.

In bringing forward 97 new rules that will cover the oil and gas industry's practices, the government said it's striking a balance between environmental protection and the economic potential that fracking for shale gas represents.

"There is the potential for a very, very large industry here and that's why we feel there is a real need to take a phased-in approach to make sure it is done responsibly," said Craig Leonard, the Minister of Energy and Mines.

"At the same time we need to move forward because the economic benefits and the jobs could be quite substantial."

Mr. Leonard told the legislature last fall that New Brunswick could contain enough shale gas reserves to serve the province's energy needs for the next 100 years. He later said those figures still need to be proven.

Mr. Leonard said the new rules will protect the province's water and landowners.

But groups that have lobbied against fracking and a native leader expressed their unease about the direction the province is taking.

"This is a desperate economic move," said Stephanie Merrill of the New Brunswick Conservation Council, who fears the impact the industry would have on climate change.

Under the new regulations, exploratory wells will be required to have a double casing to protect surrounding groundwater.

Open pits for the storage of wastewater will not be allowed. Instead, Environment Minister Bruce Fitch said companies must use large tanks to hold wastewater.

Oil and gas companies will also have to buy $10-million in liability insurance to cover personal injury or damage to property or the environment.

Mr. Fitch said if a water supply is compromised, the province would work to fix it and then go after the responsible oil or gas company for reimbursement so that residents aren't fighting big oil and gas companies.

"If an issue occurs we'll be the one to move in, address the issue, and then if there needs to be a fight with Goliath, we'll fight with them," Mr. Fitch said.

Opponents of shale gas exploration are against the practice of fracking, short for hydraulic fracturing, which uses large volumes of water and chemicals to fracture layers of rock to release trapped gas. They say fracking compromises groundwater, an assertion the industry disputes.

The rules follow the release of a discussion paper last May and public consultation.

Chief Candice Paul of the St. Mary's First Nation said aboriginal groups have not been consulted and may take action to block exploration.

"We'll seek an injunction, we have the Idle No More people, we have all kinds of environmentalist groups that are concerned about it, and we will do what we have to do to stop this," she said.

Mr. Leonard said he will speak with First Nations over the next few months as the government develops an oil and gas blueprint to be released this spring.

The Opposition Liberals say they need time to review the new rules but maintained their call for a moratorium on shale gas development until more details are known.

The shale gas industry in New Brunswick has received some high-profile backing in recent days.

Federal Environment Minister Peter Kent voiced his support this week, saying the economic benefits would be a boost to New Brunswick.

Former Liberal premier Frank McKenna has also promoted the growth of the shale gas sector, recently telling businessmen in Saint John that environmental regulations should be respected but they shouldn't block an industry that could help the province's economy.

The Canadian Association of Petroleum Producers welcomed the release of the new rules for providing clarity, but the association said it's too soon to determine whether they go too far.

"We have to take these and look at them from a technical standpoint to see what it means for our operations in the province and investment opportunities," said Sheri Somerville, a natural gas adviser with the association.

The government says rapidly changing technology will require ongoing updates of the rules, which it expects to govern the industry for about two years. 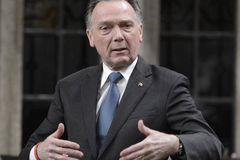 N.B.'s Alward aims to get Quebec on board on pipeline
February 4, 2013 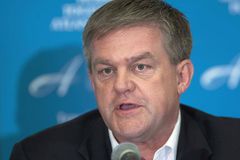 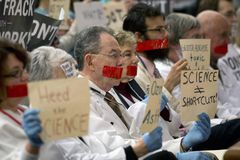 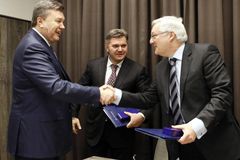