Deep in the heart of Australia's dusty outback, the world's biggest gold mining companies are locked in a standoff.

At the centre of the impasse is a 50-per-cent stake in the country's largest open-pit gold mine, known as the Kalgoorlie super pit. Barrick Gold Corp., the No. 1 bullion producer, wants to sell its 50-per-cent holding of the pit. Newmont Mining Corp., which stands at No. 2 and already owns half the mine – and operates it – wants to buy. That's where the simplicity ends.

Toronto-based Barrick has opened up a bidding process for its half of the mine, and president Kelvin Dushnisky expects the auction to be competitive.

"Initial indications are very positive," Mr. Dushnisky said in an interview from Colorado Springs during the Denver Gold Forum. "We think it's going to be a strong process."

Newmont chief executive officer Gary Goldberg said the company will participate in Barrick's sale process, but is only going to buy at the right price. "We welcome their process as they go through, and we'd like to participate in it to see where it lands," Mr. Goldberg said during a separate interview also from the Denver Gold Forum. "But we would want to acquire it for good value."

The showdown is a sign of the times in the gold world. This year's 24-per-cent surge for bullion prices has been a welcome surprise for many producers, but it comes after three straight years of annual declines. Investors, wary of a return to the bear market, are demanding that companies maximize value in all potential deals. The superpit negotiating dynamics may have shifted as the recovery in metal prices drives earnings growth and makes debt-fighting efforts easier.

Investors have rewarded Barrick for discipline. The company is emerging from a three-year push to cut costs and reduce debt, which peaked at $15.8-billion (U.S.) in 2013. Last year, it sold $3.2-billion worth of assets and Mr. Dushnisky made clear the company isn't done with divestitures yet. The stock has more than doubled in Toronto this year.

Barrick is also taking a value-driven approach when it come to asset sales and project funding. The company in July said it would start looking at ways to restart its stalled Pascua-Lama project on the Chile-Argentina border. Plans still remain in the "concept stage," Dushnisky said Monday.

Part of the slow process for the Kalgoorlie sale may come from a broad range of estimates for what Barrick's stake is worth. It was at last year's Denver Gold Forum that Newmont's Goldberg first expressed interest in buying Kalgoorlie. Analyst valuations range from $400 million to about $1.5 billion.

Goldberg declined to provide an estimate of the valuation, saying that has to be negotiated.

Newmont, which has operations in the Americas, the Asia-Pacific region and Africa, has also been working to lower costs and increase production as gold fell from an all-time high reached in 2011. The company expanded through the down cycle, buying the Cripple Creek and Victor mine in Colorado for $820 million last year and moving forward with plans to expand Tanami in Australia.

Shares in the Greenwood Village, Colorado-based company have also more than doubled in value this year as rallying precious metals prices boosted margins.

"I've been in mining for 35 years, and through the cycles, people have had very short memories," Goldberg said. At this week's gold conference, investors have been stressing that companies "need to keep the focus on value, even with the recent gains" for gold prices, he said. 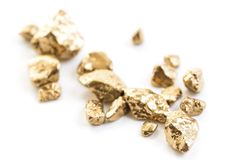 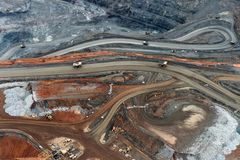