As the federal government moves to erect a new fence around the oil sands, it has also opened a window for the diversion of capital into other parts of the energy sector.

In particular, natural gas – a commodity many see as a fuel of the future – is emerging as an important destination for substantial investment by state-run companies.

Even at its earliest stages, the development of Canada's natural gas resources for export has seen major involvement from government-controlled entities. But unlike in the oil sands, where new or more rapid development is unlikely to cause industry-wide gain, the construction of new liquefied natural gas (LNG) export terminals stands to raise prices for an entire industry. While that raises public policy issues, given the importance of gas prices to consumers and manufacturers, in the oil patch, state-owned enterprises in natural gas are viewed far differently from those in the oil sands.

LNG, he said, "is different from oil sands."

In fact, the very elements that have raised eyebrows in the oil sands may prompt applause in LNG. State-owned companies tend to have access to cheaper supplies of capital and be less driven by pure economics. Other considerations, such as securing energy supplies and creating a diverse portfolio, also tend to be important. Those elements could prove pivotal in the construction of LNG terminals, which are hugely expensive and complicated endeavours whose profitability has been questioned by some analysts.

A state-owned enterprise "could look at it and go, 'we're going to do this regardless,' " said Peter Doig, a long-time financial analyst who has studied LNG plans in depth.

State-run companies are already key in the global LNG trade, meaning they would be likely gas buyers no matter who builds an export terminal. The presence of those companies in the terminal itself provides a built-in market. The importance of that factor has been underscored in recent months by Kitimat LNG, an Apache Corp.-led consortium that has struggled to find buyers who will sign long-term contracts at prices high enough to justify construction of a massive new project.

One important uncertainty is how open Ottawa will be to foreign construction of LNG terminals. On Friday, Prime Minister Stephen Harper signalled that the federal government will examine a host of new factors, including the leverage foreign governments have on the companies they control, and the degree of influence state-run companies have in a particular sector.

On that last front, foreign control is already more deeply entrenched in LNG than in the oil sands. Two of the four major projects to build LNG export terminals on the British Columbia coast have substantial backing from foreign entities. Petronas, which on Friday received approval to take over Progress Energy Resources Corp., will be the sole owner of a terminal that could ship 12 to 18 million tonnes per year of LNG from Prince Rupert. Korea Gas Corp. and PetroChina Co. Ltd. are minority partners in a Royal Dutch Shell PLC-led plan to ship 12 to 24 million tonnes from nearby Kitimat.

Compare that with the oil sands. Together, CNOOC and Sinopec's shares in Syncrude Canada Ltd., CNOOC's investment in MEG Energy Corp. and now its expected ownership of Nexen, plus the oil sands partnership between Norway's Statoil and Thailand's PTTEP, amount to roughly 105,000 barrels per day of oil sands crude. That's under 6 per cent of current oil sands production – although Statoil and CNOOC plans alone will vault that production sevenfold in coming years.

Yet the natural gas industry points to the far-reaching positive impact that could flow from construction of even a single LNG terminal. Petronas, for example, has proposed exporting a volume of gas equivalent to more than 15 per cent of Canada's entire current natural gas output – enough to raise prices more broadly.

If such an investment happens, it is "going to help everybody else in Canada, because it's going to help get rid of some excess gas," Mr. Doig said. 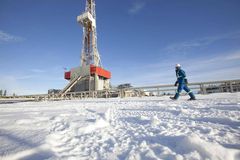