Low crude prices have hammered the entire Canadian energy sector. But the oil field service industry has been hit particularly hard, with no quick relief in sight.

The sector is further down the food chain than exploration and production companies, and has gone – in less than 18 months – from being awash in work to having to fight for every scrap that remains in a low-oil-price environment. The companies that do much of the on-the-ground work for oil companies now face intense pressure to avoid the curse of unproductive equipment and crews, and the months ahead are likely to see more declining revenues and the continuation of a particularly painful period of restructuring.

"It's a jungle out there," says David Yager, a Calgary-based consultant at MNP LLP who has worked in the oil field service industry for decades.

"With the downturn in activity, there's overcapacity in virtually every sector," he said. "You're basically doing this for practice, not for profit."

For oil and gas service companies, share prices have dropped and dividends have been slashed. North American rig counts are down at least 50 per cent from a year ago. Contracts with customers have been renegotiated at lower prices.

White-collar layoffs at major oil companies in downtown Calgary grab the headlines, but the Canadian Association of Petroleum Producers reports that of the at least 35,000 jobs that have been lost in the oil patch this year, 25,000 are from the oil field services side.

AltaCorp Capital Inc. analyst Dana Benner says the rank-and-file job losses for drillers, frackers, waste managers and safety consultants tend not to be as publicized, but are spread out across smaller cities and towns in British Columbia, Alberta and Saskatchewan.

The trend downward – on dividend cuts, on contracts and on employees – is expected to continue. Companies are running so close to the margins that another round of job cuts is likely, Mr. Benner says. Banks are going to get more aggressive with calling in debt as the lull lingers, he adds.

"Companies are bumping along the bottom."

A rising number of weakened companies is expected to create an environment ripe for mergers and acquisitions, but Calgary – with a few notable exceptions, such as the Trinidad Drilling Ltd. and CanElson Drilling Inc. $505-million merger announced in June – has so far been quiet on that front. Willing buyers and sellers appear to be in short supply.

Chief executive officer Daniel Halyk is not dwelling on disappointment and says his company is now looking for different acquisitions. "I can tell you when you make public your ability to write a cheque for $100-million-plus in this market, your phone tends to get a little more active," he says.

But potential investors or buyers, Mr. Halyk included, say regulatory uncertainty such as the Alberta government's review of its oil and natural gas royalty regime is slowing any rush for deals. While any changes to the royalty regime don't affect his operations, Mr. Halyk says the royalty review inhibits the work his customers are willing to do.

The direction of the federal government also weighs on his company's plans. He says he will wait to see which party wins the Oct. 19 election, and whether higher corporate taxes are coming down the pipe, before making any acquisitions. "We're probably inclined to stay on the sidelines until we see how things play out."

What now looks like a prolonged period of low oil prices means a wave of pessimism has set in, says Scott Treadwell, an oil field services analyst at TD Securities Inc. Potential buyers are unsure whether the sector has yet to hit bottom.

"What you're seeing right now is a real desire to preserve capital," he says. "If it does get worse, a good balance sheet could become a bad balance sheet."

Smaller companies without enough scale to keep them going during a lull in activity, and bigger companies with oversized debt, are at particular risk of being taken over or folding, Mr. Treadwell says, adding that if bankruptcies ramp up, the sector will see the best assets cherry-picked and bought up by stronger firms.

RBC Dominion Securities now predicts that Canadian drilling won't begin to recover until the last quarter of 2016 – and only if there is a "modest recovery" in commodity prices in the first half of the year.

Mr. Halyk says it takes time for expectations on both the buying and selling side to catch up with a fast-moving price environment, and "entrenchment" by executive employees – who don't want to lose their high salaries and positions – is another factor inhibiting merger activity. But he, along with many others, believe a period of consolidation in the oil field sector is inevitable.

Opinion
Alberta’s deficit is being dug by spending, not oil prices
October 12, 2015 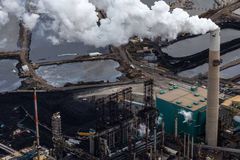 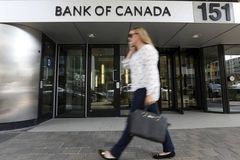