Norway's Statoil ASA has found recoverable oil off the coast of Newfoundland and Labrador.

Statoil announced Wednesday that there are 100 million to 200 million barrels of recoverable oil in the Flemish Pass Basin area, located about 500 kilometres east of St. John's.

Geir Richardsen, vice-president of Statoil's exploration arm for Canada, said the company is assessing the discovery to determine how it can be economically developed.

"We see that this area h as a lot of future potential for ... options for exploration wells," Mr. Richardsen said from St. John's.

"We would like to pursue this area based on the fact that we have already done a discovery there."

Statoil announced in 2009 that it had found oil while drilling in the basin.

"If we can increase the resources in the next exploration wells in this area, that will be good news for our future development," he said.

In a New York presentation Wednesday, the company said it aims to triple its North American oil and natural gas production by the end of the decade as it ramps up spending in oil-rich prospects, and it also plans to develop Australian shale gas.

Statoil expects to produce 500,000 barrels of oil equivalent a day (boepd) in North America by 2020, up from the 149,000 boepd produced in the first quarter of this year, as it moves away from barely profitable natural gas fields to concentrate on more lucrative liquids-based acreage.

Meanwhile, Statoil has entered into a partnership with Canada's PetroFrontier Corp. to explore for shale gas in Australia, it said on Wednesday.

The majority of the increases in North America will come from U.S. operations focused in the Marcellus, Eagle Ford and Bakken shale plays, said Bill Maloney, president of Statoil North America. Some 100,000 boepd will be produced from offshore assets in the deep water Gulf of Mexico, double today's output, the company said during a presentation to investors in New York.

"The resource base in North America has grown well above six billion boe, representing around 30 per cent of Statoil's total resource base," Mr. Maloney said. To grow further, the company is also considering further acquisitions in the region.

The state-controlled company, which increased its global capital spending to $17-billion (U.S.) this year, already saw a 75 per cent year-over-year increase in its North American output in the first quarter and is shifting its focus to liquids-rich plays like the Bakken in North Dakota and Montana, where it secured a key position last year with its $4.4-billion acquisition of exploration outfit Brigham Exploration.

After producing some 26,000 barrels per day in the first quarter, Statoil is ramping up its output in the Bakken. It has built some 800 kilometres of oil and gas gathering lines in the Bakken shale outpost and taken a position on the Enbridge pipeline to ship its crude to Guernsey, Wyoming, said Torstein Hole, Statoil's senior vice-president of development and production for onshore North America.

Rail connections will then deliver the crude to the U.S. Gulf Coast refining hub.

Statoil's expansion in the Bakken and in other liquids plays comes at the expense of its natural gas acreage in the Marcellus shale, where it is partnered with Chesapeake Energy, as low natural gas prices erode production profits. Currently Statoil is only drilling in natural gas acreage to hold onto leases that would expire if the land remained fallow.

The company is at present operating about 20 rigs in the Marcellus, down from 36 rigs at the end of 2011.

"We've brought the rig count down and we've taken some of that [capital] and put it in the Bakken," Mr. Maloney said.

"We continue to bring on more wells [in the Marcellus] but we don't produce them to the capacity they have," he added. Statoil had previously said it has 400 wells awaiting completion in the Marcellus shale.

Statoil's plans to double deep offshore production will involve the addition of about four rigs this year and another twelve next year, the company said.

It is currently operating about 30 rigs in the Gulf, a number not reached by the company since the BP oil spill in 2010, which slowed activity as the government weighed the environmental threat of deep water drilling.

One of its latest Gulf of Mexico finds, the Logan discovery in the Paleogene prospect, holds between 1 billion and 2.5 billion barrels in place, though the volumes that can be recovered are so far unclear, a Statoil spokesman said.

Statoil has bid on 32 blocks in the latest Bureau of Ocean Energy Management lease sale in the Gulf of Mexico, the results of which will be announced Wednesday. 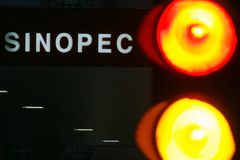 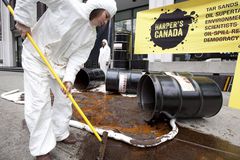 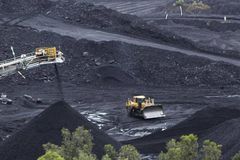