Energy companies are digging in for another year of downturn by slashing spending, costs and staff as crude prices dip to new multiyear lows.

Cenovus Energy Inc., ARC Resources Ltd. and Precision Drilling Ltd. cut or suspended dividends while announcing capital-expenditure budgets that will be even more miserly than last year. Cenovus served notice it will cut more jobs after it reduced its work force by 24 per cent in 2015.

The moves accompanied fourth-quarter results that showed the harsh impact of U.S. benchmark oil prices that averaged just over $42 (U.S.) a barrel in the period, 42 per cent below the year-earlier quarter. Since then, crude has tumbled further and on Thursday it settled at $26.21, its lowest in almost 13 years.

The relentless slide puts more pressure on exploration and production companies to reduce costs and spending to the bare minimum.

Tough medicine by some of the sector's leading lights is an indication of more pain to come in the next few weeks as companies announce financial results. The industry has shed well over 40,000 people, and it is unlikely they will be hired back quickly, even if a recovery takes hold later this year. Meanwhile, share prices in many cases are at or near multiyear lows.

Cenovus lost money on all its oil sands production in January as crude prices withered, chief executive Brian Ferguson said. He stressed that the company has the financial resources, including $8-billion of cash and undrawn credit facilities, to weather the storm.

"The changes we've made and announced today on capital, operating cost, work force and the dividend – if the prices we're experiencing today run through 2018, given the strength we've got on our balance sheet, we're still in good shape financially," he said in an interview. "We do have more flexibility if we need it, but at this point we've done everything we need to do at these prices. If prices drop further, we're prepared to make additional changes."

Mr. Ferguson said Cenovus has yet to determine the size of coming staff cuts, but he told a conference call that it is unlikely to come close to the 1,500 let go in 2015.

ARC Resources halved its monthly dividend and cut its 2016 capital budget by nearly 30 per cent to $390-million. The company lost a net $55-million, or 16 cents a share, in the fourth quarter, compared with profit a year earlier of $114-million, or 36 cents a share.

ARC has about 15-per-cent fewer workers than it did two years ago. Chief executive Myron Stadnyk said this is due to the oil-price downturn and the fact that some focus has shifted to the Montney basin in Alberta and British Columbia from more labour-intensive Southern Alberta wells.

But Mr. Stadnyk said the company is better-positioned than many companies due to its low debt. The oil rout has driven home the message that the Canadian energy industry has to be efficient enough to compete against U.S. natural-gas plays as well as oil producers around the world, he said.

"I think everyone has always kind of known this. But it's just right in our faces now," he said in an interview.

Precision, the country's largest contract driller, suspended its dividend as it reported drilling activity in the fourth quarter dropped by about half from a year earlier because energy companies slammed the brakes on spending. Its net loss totalled $271-million, or 93 cents a share, compared with a net loss of $114-million, or 39 cents a share. The company also booked $7-million in restructuring costs in the fourth quarter, primarily due to severance payments.

Kevin Neveu, Precision's CEO, didn't disclose how many employees have been laid off but hinted how drastically the oil field service company's manpower has been reduced.

"We're running about half the number of rigs now that we were a year ago. And in that structure, there's probably 30-40 jobs tied to a rig – between the rig crew and support operations," Mr. Neveu said. "It's been deep and meaningful, and painful for our company and for our employees – and for the people who are at home right now." 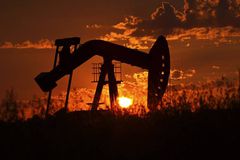