Canada's energy industry is pushing the federal government to reform the country's immigration policy as the oil patch grapples with the looming threat of a severe labour shortage.

Alberta is facing a shortage of 77,000 workers within the next 10 years, according to a recent report from Ernst & Young, which cited the provincial government. The oil sands' projected growth is a key force behind the deficit, with bitumen production expected to double by 2020 as companies pour billions of dollars into their projects. While labourers enjoy higher wages as the employee pool dries up, rising salaries eat into corporate profits and put projects at risk of delay.

"There obviously is an increasing gap between what we think we need to deliver these sorts of growth projects and the available work force," Mr. Collyer said in an interview on Thursday. "The industry and governments, frankly, need to get ourselves better organized to deal with those issues."

Ottawa needs to put "more focus on people who have the kinds of skills to advance the interest of the Canadian economy," he said. "Our industry is saying: 'Let's look at the gaps, let's understand what the economy needs.'"

Immigration Minister Jason Kenney has been working with employer groups and unions to speed the entry of temporary foreign workers, where no Canadian is available to fill the job, and has vowed to make changes to the immigration system that place a premium value on attracting skilled tradespeople. A spokesman for Mr. Kenney declined to comment about the skilled-worker challenge on Thursday.

This fall, the federal government co-hosted a meeting in Calgary with industry executives and union leaders to consult with companies on their need for skilled labour and on ways to streamline the temporary foreign workers program. Ottawa is increasing the number of visas for temporary workers to 57,000 in 2012, from 47,000 this year.

Mr. Kenney is also working with unions in Canada and the United States to recruit American tradespeople who are seeing 25-per-cent unemployment in some markets.

"There is an enormous pool of people [in the U.S.]who have essentially the same skills that we've got," said Bob Blakely, Ottawa-based director of Canadian affairs for the Building and Construction unit of the AFL-CIO. "They've worked for the same oil companies; they have basically taken the same training, and their cultural mores are largely the same."

Mr. Blakely said the construction industry across the country will need an influx of new blood as 25 per cent of current workers are due to retire within the next five or six years. The crunch is particularly acute in Alberta's oil and gas sector as oil companies proceed with plans to build new oil sands mines and in-situ projects.

The labour leader said resource companies that are facing labour shortages need to look to workplace training to ensure they have a future labour force, and should be focusing on young aboriginal students, who represent an underemployed demographic in remote parts of the country where many of the projects will be built.

Gil McGowan, president of the Alberta Federation of Labour, said that governments need to think about future generations of workers when addressing the current labour shortage.

"The problem is that neither the federal or provincial government have set what we believe is a reasonable pace of development in the oil sands," he said. If development slowed, the existing Canadian labour force could handle the work, and there would be work for future generations as well, he said. 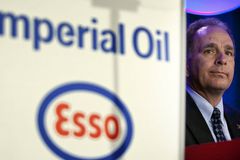 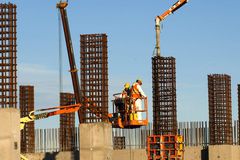 Follow Carrie Tait and Shawn McCarthy on Twitter @CarrieTait @smccarthy55
Report an error Editorial code of conduct
Due to technical reasons, we have temporarily removed commenting from our articles. We hope to have this fixed soon. Thank you for your patience. If you are looking to give feedback on our new site, please send it along to feedback@globeandmail.com. If you want to write a letter to the editor, please forward to letters@globeandmail.com.
Comments