Too much unsold product inventory is the bane of any business. Whether it's cars, corn or calculators, a surplus of goods in the storeroom puts pressure on price. It's no different in the oil industry. Excess barrels, bottled up in storage tanks and rock caverns, sour the market.

And the market is sour.

North American oil prices have slid nearly 25 per cent since early May. Not long ago, $100 (U.S.) would buy a cup of coffee and a barrel of Texas light. Today, West Texas intermediate (WTI), the continental benchmark, is trading at $83.75, and Canada's premium crude – Edmonton Light – is slightly cheaper than that.

The causal side of the equation is clear. Economic woes continue to weigh on global oil demand growth; U.S. consumption is in decline; and North American production is soaring. All these factors converge in inventory, where continental levels are at a 22-year high. Buyers of oil know that there is no need to pay up when white storage tanks at key gathering points like Cushing, Okla., are heading to the spill point.

In the short term, the trends are pointing to an overstocked oil market. That means lingering pressure on oil prices and the potential for discounts to continue rippling up the pipes to distant producers.

A period of relative stability emerged after the oil price shocks of the 1970s. Oil inventories held steady around 350-million barrels between 1981 and 1993. The only excitement was in 1990. Mild recession combined with a price spike – caused by the first Gulf War – arrested consumption to cause a brief period of rising inventories.

As a side note, this blip serves as a reminder for what could happen in the event of a military strike by Israel on Iran. Everyone can agree that a price jump is guaranteed. But notwithstanding regional Armageddon, the spike would likely be short-lived due to rapid destruction of demand and building of inventories.

Let's also put the statement "Today's oil inventories are the highest since 1990," into context. It's a true observation, but only because of that brief Gulf War anomaly. From a trending perspective, today's accumulated barrels are the highest ever recorded.

The period between the mid-1990s and 2003 saw a gradual decline in oil inventory, bottoming around 275-million barrels. A number of factors can be cited, including a business trend toward just-in-time inventory systems. Events like the Asian Flu (1998), the technology bust (2001) and the fallout from 9/11 (2002) triggered momentary buildups. But by the early 2000s, global consumption was growing so fast – especially from emerging markets – that keeping inventories robust was difficult.

Today's inventory buildup can be traced back to the mid-2000s, when the combination of higher prices and new technology began triggering structural changes to supply and demand, especially the former. Expansion in North America's productive oil capacity using "unconventional" processes – first from the oil sands and more recently from light tight oil – has caused a renaissance in oil output. Against this backdrop, growth in demand has been waning due to many forces, including rising prices, economic downturn, product substitution and behavioural change, to name a few.

In the absence of a miraculous economic recovery or sudden supply shock (i.e., war in the Middle East), the benchmark price of a barrel of WTI appears to be seeking a new range between $70 and $90, with lower prices radiating across the continent depending on how badly the inventory is backing up.

Even lower prices are possible. What do businesses do when they have too much product in stock? They slash prices and give it away at cost (sometimes less) and try to find new customers. For the Canadian oil industry, it's the latter solution that is the most appropriate, though it will take time to break Canada's reliance on the continental market. Efforts to ship our oil in different ways, to tap into higher-value global markets, are the key to lessening the impact of U.S. oil inventory buildups on domestic producers. 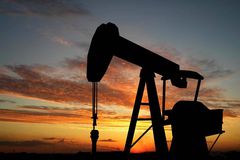 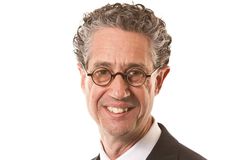 Plot thickens as oil, gas wrestle for spotlight
May 24, 2012