Sinopec's $4.6-billion deal to acquire a minority stake in the Syncrude oil-sands plant would give the Chinese state-controlled company a veto over the crucial decision of whether the company should upgrade more oil in Alberta or export raw bitumen for processing.

There has been a long-running concern in Canada regarding the export of raw resources for processing, and that it is the strategy that China Petroleum & Chemical Corp., known as Sinopec, is expected to pursue.

The company is Asia's biggest refiner and has been expanding its capacity to handle heavy oil, the kind that is produced at Syncrude before it is upgraded into synthetic crude oil.

Sinopec has agreed to purchase ConocoPhillips Co.'s 9-per-cent interest in the Syncrude facility, which is owned by seven companies, including project operator Imperial Oil Ltd., with 25 per cent, and Canadian Oil Sands Trust, with 36.7 per cent. The Chinese multinational is also a 50-per-cent partner in the proposed oil-sands project known as Northern Lights.

The Syncrude partners each have a representative on the company's management committee and have vetoes over "business-changing" decisions that would entail major investments.

That would include decisions on whether to invest in a proposed project that would increase the plant's production and whether to boost capacity to process the additional bitumen into lighter synthetic oil on site. It could also cover investments in technology needed to reduce greenhouse-gas emissions.

Alberta has sought to encourage companies to process the bitumen in the province because upgraders bring jobs and tax revenues. But backed by producers, pipeline companies are dramatically expanding exports of raw bitumen to the United States, and Calgary-based Enbridge Inc. has a controversial proposal to build a pipeline to export bitumen to the West Coast.

Canadian Oil Sands chief executive Marcel Coutu said the Sinopec deal represents a new test for Ottawa's foreign-investment review because it is the first time a Chinese state-owned company is purchasing a stake in a major, producing oil company.

"The size and nature of the asset may cause the government to clarify its foreign-investment review policy," Mr. Coutu said in a brief interview from Regina.

He declined to comment further on the deal, except to say that some Canadian Oil Sands shareholders will be pleased with the value that Sinopec placed on Syncrude assets through its premium purchase price.

The federal government has welcomed previous investment from Chinese state-owned oil companies in the oil sands and is widely expected to approve this deal. But one potential sticking point is Sinopec's intention with regard to marketing its share of production from the oil sands.

In the last election campaign, Prime Minister Stephen Harper said his government would prevent any company from exporting raw bitumen to take advantage of weaker environmental rules in other countries. Ottawa is expected to adopt greenhouse-gas regulations that would impose additional costs on the emissions-intensive upgrading process, while China is not imposing similar rules on its refineries.

"I wonder whether Sinopec is aware of this platform promise and its potential implications?" said Dan Woynillowicz, researcher with the Calgary-based environmental group, Pembina Institute. If it lived up to its campaign promise - which sparked complaints from Alberta - the Harper government would have to block bitumen exports to China and other Asian markets, Mr. Woynillowicz said.

Asian interest in the oil sands is expected to gain momentum, especially in light of Enbridge Inc.'s proposed pipeline that would ship bitumen to the West Coast for export to Pacific Rim markets, including China.

Syncrude recently shelved plans to build a new upgrader at its Fort McMurray mine site, but is instead considering investments in its existing facility that would boost upgrading capacity by 115,000 barrels a day.

Wenran Jiang, a China expert at the University of Alberta, said Sinopec is investing in Syncrude with the knowledge the Gateway pipeline faces opposition from native and environmental groups. He said the Chinese state company is behaving more like a Western multinational, in that it is more interested in earning a return on its investment than showing preference for a specific market for the crude.

However, the Chinese companies are still controlled by Beijing and have a mandate to enhance the development of the Chinese economy, noted Queen's University business professor David Detomasi, who has studied global oil companies.

"I think they have a lot more convincing to do," Prof. Detomasi said. The fact that Sinopec was willing to pay a significant premium for Conoco's Syncrude stake suggests it is not entirely guided by commercial considerations, he added. 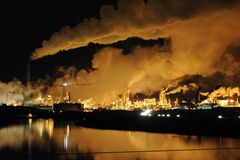