As the market focuses on the booming U.S. industry for signs of slowdown, analysts say the price slump may have a more pronounced and longer-lasting impact outside of North America, particularly in non-OPEC countries such as Russia, Mexico and Brazil.

Fuelled by $100 (U.S.)-a-barrel prices, crude production has grown sharply in the past two years among countries outside the Organization of the Petroleum Exporting Countries, after being in the doldrums – other than in Canada and the United States – following the price collapse of 2008-09.

The supply picture outside North America "matters immensely," said Amrita Sen, analyst with London-based Energy Aspects LLC. "Should it start declining sharply once again, much like in 2011-2013, oil-market balances could tighten more quickly and severely than the market currently expects." Britain's North Sea sector is particularly vulnerable, she added.

In the short term, it is the response of the U.S. shale sector that is expected to drive prices, both because it was the fastest-growing source of non-OPEC supply and because the delay between a spending decision and its production impact is shorter than with either conventional fields or, especially, large offshore or oil sands projects.

And even as U.S. producers are cutting back on their drilling plans, production is expected to continue to grow sharply for at least the first half of 2015 and perhaps well into next year. With markets already saturated, much of that supply is headed for storage.

The Energy Information Administration reported on Wednesday that U.S. crude inventories grew by nine million barrels to 407 million, the highest since the government began keeping track in 1982. With the price of crude for future delivery considerably higher than the current spot price, traders are filling storage tanks both on land and on ships in the expectation they can profit when prices rise. But the sharp rise in inventories also indicates just how oversupplied the current market is.

In trading Wednesday, North America's benchmark West Texas Intermediate fell $1.78 – or 3.9 per cent – to $44.45 (U.S.) a barrel. And many analysts believe it will fall further before beginning to recover in the second half of the year.

For Saudi Arabia, the loss of supply from aging fields in the North Sea, or Russia, or Mexico may be even more beneficial than a slowdown in the U.S. shale sector or Canada's oil sands because they are less likely to recover when prices rise again.

Brazil's Petroleo Brasileiro SA – Petrobras – reported Wednesday that it will cut its capital budget by 30 per cent to $31-billion (U.S.) and reduce its forecast for 2015 production growth to between 3.5 and 5.5 per cent from the previous 7 per cent. This year's growth reflects spending decisions made several years ago, while the cuts will truly begin to bite in 2016 and beyond, said Pavel Molchanov, analyst with Raymond James Ltd.

Faced with low prices, companies across the world are cutting capital expenditures and idling drilling rigs. In the United States, the number of operating rigs has declined by 165 in January alone to 1,317. But shale-oil producers are driving productivity improvements – taking less time to finish a well and getting better initial production from the ones they do complete.

"It's unlikely the crude oil production [from the shale fields] will fall off any time soon," Rusty Braziel, president of Houston-based RBN Energy, told a conference organized by the Washington-based Center for Strategic and International Studies (CSIS). 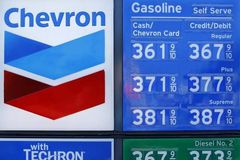 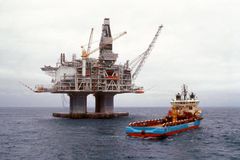