Finance Minister Joe Oliver, who is delaying the release of the federal budget until at least April due to uncertainty over falling oil prices, will have to put something on the table soon. In a survey of private sector forecasters last week, he was told that oil prices look to be stabilizing around the current level of $50 (U.S.) a barrel. Whether uncertainty over oil prices (or any economic variable for that matter) is a legitimate reason to delay a budget is worth discussing, but as far as oil goes the minister might not want to get too comfortable with the idea that prices have bottomed out.

Crude prices may be in a holding pattern for the time being, but the conditions under which they appear to have stabilized are anything but reassuring. Despite a saturated world market, North American production, whether it's bitumen from Alberta's oil sands or light oil from North Dakota or Texas, continues to increase. So why haven't prices, in the face of all this supply, continued to fall?

The answer is storage or, more precisely, the record amount of oil that's being poured into U.S. storage tanks and salt caverns, despite inventory levels that are already at all-time highs. Putting oil into storage is attractive to oil companies right now for two reasons. First, it effectively takes excess oil out of an already glutted market, which alleviates downward pressure on spot prices. Next, since oil for future delivery is currently trading for more than the spot price, a situation traders call "contango," selling into the futures market is a financial win for producers.

Like all hedging manoeuvres, however, the storage play is a stopgap measure and not a sustainable strategy. Storage is only possible as long as there is physical space to park the excess supply. By encouraging production growth when market conditions dictate the opposite, pumping barrels into storage is only leading to a day of reckoning down the road. Mr. Oliver would do well to ask what happens to oil markets when the storage tanks are full. Traders also know that record inventories must be unwound at some point. With that in mind, how much longer will they be willing to pay more for tomorrow's oil than today's?

Unfortunately for the oil industry, the tank tops are already in sight. Storage at Cushing, Okla., a crossroads for much of North America's oil production, is now 70 per cent full. Look back only seven months and those same tanks were three-quarters empty. In order to accommodate North American oil production that continues to increase, producers have been putting millions of barrels a week into storage. Such significant inflows mean the amount of oil stashed at Cushing has nearly tripled to more than 50 million barrels. Elsewhere, storage levels are even tighter, running as high as 85 per cent of capacity.

If oil continues to go into storage at its current pace, Cushing's tanks will be full within a couple of months. That would push more oil to the spot market, which will send North American prices sliding once again. Goldman Sachs president Gary Cohn said recently that prices could fall as low as $30 a barrel if the U.S. runs out of storage space. Ed Morse, the global head of commodities research at Citibank, predicted oil could go as low as $20. Of course, for Canada that's even worse than it sounds. When Goldman Sachs and Citibank talk about oil prices, they're referring to the price of West Texas Intermediate, the benchmark prices of U.S. oil. The price of Canada's oil sands crude, Western Canadian Select, trades at a discount to WTI.

The failure of high-cost North American producers to cut production in an oversupplied world oil market is setting the stage for another leg down in oil prices. When Mr. Oliver finally does decide to deliver a budget, he may have more than a few fiscal aftershocks from falling oil prices to manage. If oil drops into the $20-to-$30 range, he may soon be dealing with the consequences of an oil sands industry, his government's anointed engine of economic growth, suddenly becoming a commercial disaster on a scale that could be unrivalled in Canada's history. 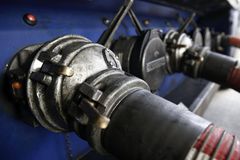 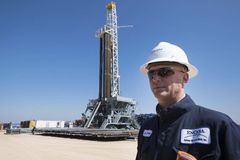 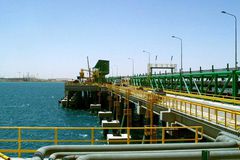