Ontario's Progressive Conservative leadership candidates, who are pledging to kill the province's cap-and-trade program, could face billions of dollars in compensation claims if their party wins the June election and moves quickly on that pledge.

PC party members began voting on the weekend to replace former leader Patrick Brown, with the results to be known by March 10. All four candidates – Christine Elliott, Doug Ford, Caroline Mulroney and Tanya Granic Allen – have vowed to scrap the Liberal government's carbon pricing plan while providing virtually no details about what they would do to replace it.

Should the PCs win the election, however, they will find it challenging to keep that vow, and it will likely prove expensive for taxpayers and businesses covered by the existing cap-and-trade regulations.

As of last week, Ontario had sold almost $2.4-billion in greenhouse gas emission allowances, primarily to energy companies in the province that are covered by the cap-and-trade program. The province had four Ontario-alone auctions last year, which raised $1.92-billion.

In February, for the first time, it participated under the Western Climate Initiative (WCI) in a joint sale with Quebec and California and raised an estimated $471-million from companies in the three jurisdictions.

But it will take time to extricate the province from the WCI and could require compensation for businesses that are holding emission allowances, said Mark Cameron, executive director of Canadians for Clean Prosperity, a think tank that advocates for a revenue-neutral carbon tax.

Mr. Cameron advised Mr. Brown on his plan to replace the cap-and-trade program with a carbon tax. That plan included as much as $500-million to buy-back allowances from money raised under a proposed levy.

"It would take a year or two to get out of cap-and-trade," Mr. Cameron said in an interview. "And there would have to be some compensation."

As well, Ottawa has vowed to impose a carbon tax on any province that does not have one, and the federal levy would be higher than what is currently planned under the Ontario program.

The WCI set a 2017-2020 compliance period for the allowances and calls for a 12-month notice of withdrawal. It encourages parties to align their withdrawal with the end of the compliance period. So a new PC government could signal that it would wind down the program by the end of 2020 while maintaining the regulations – and thus the value of allowances – until then.

However, in February, Ontario began to sell allowances for 2021 and took in an estimated $157-million in revenue; it plans to sell more 2021 allowances at auctions in May, August and November. Those would have to be retired if the program is ended.

Under provincial law, the proceeds of the auctions go into programs that reduce greenhouse gas emissions. The revenue is currently being used to fund such programs as energy retrofits of homes and businesses, rebates for electric-vehicle purchases, support for the deployment of charging stations and an effort to switch the GO train system from diesel to electric engines. If cap and trade is cancelled, those programs would have to be cancelled or funded from general revenues, or a possible carbon tax.

Under the cap-and-trade plan, gasoline marketers, natural gas distributors and energy-intensive industries face a cap on emissions and must purchase allowances that allow them to emit greenhouse gases. To address competitiveness concerns, the province provides free allowances to large industrial emitters up to their capped limit, which declines over time.

The biggest energy companies in Ontario have been buyers of allowances, including gasoline marketers such as Suncor Energy Inc., which sells under the Petro-Canada brand, and Imperial Oil Ltd., which markets as Esso. Enbridge Inc. has also been active in the allowance markets with its two Ontario subsidiaries, Enbridge Gas Distribution and Union Gas.

An incoming PC government would face enormous risks if it decided to abruptly end the regulated cap-and-trade system and render those allowances worthless, said Dave Sawyer, an environmental economist who has consulted with governments on carbon pricing.

"They're contracts essentially. So how do you back away from contracts? How long does that take? And what's the liability?" he said.

Mr. Sawyer noted that Ontario's and Quebec's cap-and-trade system is designed to reduce emissions in the most cost-effective way.

If Ontario pulls out and does not replace it with a carbon tax – as Mr. Brown had planned – the federal government would step in and impose its own carbon tax. In 2020, the price for each tonne under cap-and-trade is expected to be around $18.50, based on allowances being sold now. The federal tax will be $30, rising to $50 a tonne in 2022.

Ottawa has pledged to return the revenue to the jurisdiction in which it is raised, meaning it would likely be sending cheques to households in Ontario to make up for the higher energy costs from the carbon tax. 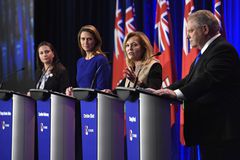 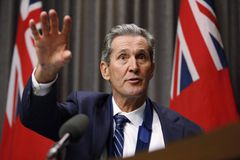 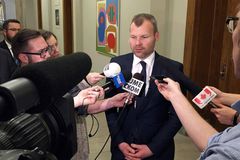