Ontario has chosen the companies that will build the next round of renewable energy projects in the province, in a competitive-bidding process that will see wind and solar power generated at much lower prices than in the past.

Unlike in the past, when developers of large projects received government-set prices for the power they generated, the new competitive system saw contracts go to those promising to sell power for the lowest price – although other factors such as community support, local energy needs and participation by aboriginal communities were also taken into account. Thirteen of the 16 contracts have participation from one or more indigenous communities, the IESO said.

The prices in these contracts are far below what the province paid for power under the old Feed-In Tariff (FIT) program, which was established almost a decade ago to encourage a shift to renewable development. The cost of wind and solar technology has fallen, and the need for more power projects has slowed, so the new system of competitive pricing for large projects reflects that.

On average, the new wind power projects will get 8.59 cents a kilowatt hour of electricity generated. Under early contracts in the FIT program, wind developers received more than 13 cents a kwh.

Solar power costs have fallen even further. The solar projects chosen by IESO will get an average of 15.67 cents a kwh for their electrical production, compared with more than 40 cents for large solar projects under the early FIT contracts. (The fixed-price FIT program is still in place, but only for very small renewable projects.)

Critics of nuclear power pointed out Thursday that pricing on the wind projects is very close to the projected electricity costs from rebuilt nuclear plants in Ontario.

Among the winning firms are EDP Renewables Canada Ltd., which is being offered a contract for a 100-megawatt wind farm about 60 kilometres from Ottawa; Renewable Energy Systems Canada Inc., which got the nod for two wind projects totalling 82 MW; and EDF EN Canada Development Inc., which will build two solar projects and one wind project for a total of 82 MW.

Other winners include a partnership between SunEdison's Canadian arm and Ontario Power Generation, which is planning a 44 MW solar farm on the site of the former Nanticoke coal-fired power station on the shores of Lake Erie.

Dan Woynillowicz, policy director at think tank Clean Energy Canada, said it is a positive development that companies that want to build renewable projects must now compete on price. "Bringing competition into it is going to bring prices down," while sending a signal that political connections will not result in contracts. The bids from a wide range of companies, many of them international players, show "that this is big business, this isn't alternative or something that is happening in the margins," he said.

The province had set caps on the amount of power to be contracted under the large renewable procurement program: no more than 300 MW of wind, 140 MW of solar, 50 MW of bioenergy and 75 MW of hydroelectric power. It has contracted the full amount of wind and solar, but far less than the cap on water power and no bioenergy projects. There were far fewer proposals for bioenergy and water projects, an IESO spokeswoman said.

Those totals represent relatively modest increases in solar and wind generation in the province. There is already more than 4,000 MW of wind capacity and 2,000 MW of solar power in Ontario. The province is not in dire need of new generating capacity, but it wants to maintain momentum in the shift to renewables. 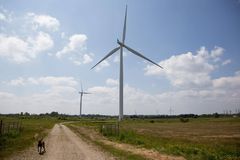 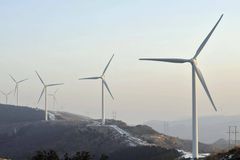