Canada's biggest pension funds are steering clear of the fossil-fuel divestment movement, saying they prefer to engage with companies and advocate for change from within.

Institutional investors in the public sector are facing increasing scrutiny over their assessment of climate risk after the Paris climate summit endorsed a global transition away from fossil fuels in an effort to limit the increase in average global temperatures to well below two degrees Celsius above preindustrial levels.

Last week, an advisory committee struck by University of Toronto president Meric Gertler recommended that the country's largest university should divest its investments from fossil-fuel companies that "blatantly disregard" the international effort to combat climate change. Dr. Gertler will decided on a course of action in the new year.

But two of Canada's retirement funds – the Ontario Teachers' Pension Plan and Canada Pension Plan Investment Board – says they don't believe divestment is a useful tool, and that instead, they assess long-term climate risk in their investment decisions along with a host of other factors.

"We don't support divestment; we're much more in the camp of supporting engagement – working with companies, understanding what they are doing, how they are managing these risks, backing them when they are putting things in place," Barbara Zvan, senior vice-president for asset mix and risk at Teachers, said in an interview.

"Those are conversations we did not have four or five years ago that we are starting to have today. … I don't think we generally take the activist route. We would rather work privately with engagement."

Ms. Zvan said climate risk cuts across a number of sectors – not just oil and gas companies or coal-burning utilities – and long-term investors such as pension plans are working hard to get a better understanding of the vulnerabilities. Clear guidance from policy-makers on carbon pricing and other climate strategies is critical, she added.

Teachers agreed last summer to pay $3.3-billion for oil and gas holdings owned by Calgary-based Cenovus Energy Inc., but it has also purchased renewable energy companies, including Calgary-based Blue Earth. For its part, the CPPIB is leading a group that agreed to purchase Encana Corp.'s DJ Basin oil and gas assets in Colorado for $900-million (U.S.), but that deal has been delayed for six months.

Ms. Zvan said the Teachers fund assesses each transaction on its merits, with a clear eye to long-term risks as the world transitions to a low-carbon economy. "It's really about trying to embed it in a broader risk framework," she said. Pension funds are particularly vulnerable to disruption in the fossil-fuel sector because they invest for the long term to safeguard retirement funds for people who are not even in the work force yet.

Teachers has also balked at proposals from a United Nations-supported group called Principles for Responsible Investing that is urging institutional investors to disclose their own "carbon footprint" and their plans to reduce investments in fossil fuels. Ms. Zvan said such high-level reporting "is not that informative" because it lacks context, and that the pension fund prefers to be guided by its statement of principles by which it manages risks and takes advantage of investing opportunities.

There is a growing movement among public institutional investors to make divestments or declare their intention to reduce their exposure to fossil-fuel companies.

Bank of England Governor Mark Carney and former New York mayor Michael Bloomberg have teamed up to put the spotlight on climate risk, with Mr. Bloomberg now leading a group that will develop voluntary financial risk-disclosure guidelines that will ensure consistent information on climate risk for investors, lenders, insurers and other stakeholders.

Officials at Teachers and the CPPIB say they are eager to get clearer guidance on risk. "We believe disclosure is critical and transparency is critical," CPPIB spokesman Michel Leduc said. But like Teachers, the Canada Pension Plan board is not pursuing a divestment path, arguing it can accomplish more as an "engaged investor." 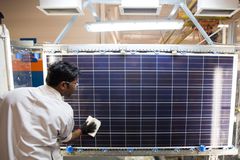 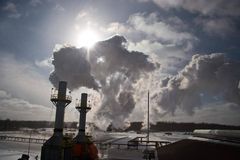 Opinion
Nuclear power is key to decarbonization, and Canada can lead the way
December 16, 2015 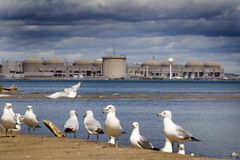 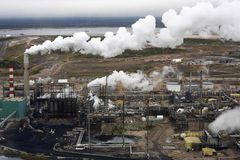 Opinion
After Paris, here’s how Canada can achieve a low-carbon future
December 15, 2015