Like a big rock that fell in a puddle of grimy slush, Goldcorp Inc.'s takeover offer for Osisko Mining Corp. has splashed Quebec Inc. in the face.

With the prospective loss of head office jobs and consultant work, hostile takeovers are never greeted like a cup of warm cocoa. But there is even more unease this time around.

Osisko is more than your regular mid-tier producer. It is Quebec's biggest gold producer and the province's best-known mining company – for some good and not so good reasons.

Its main gig is the Canadian Malartic gold mine, the country's biggest open-pit mine that was dug smack in the middle of a small town in the northwestern Quebec region of Abitibi. The designing of this mine gave a new meaning to the "not in my backyard" knee-jerk reaction.

Some 200 homeowners were expropriated, some willingly, some not, and relocated to the northern part of Malartic even before the Quebec government completed its public consultations on the mine. Long before Neil Young waged his concert war against Alberta's oil sands, Quebec singer and songwriter Richard Desjardins decried the mine in a scathing documentary called Trou Story (a play on the French word for hole).

But after a rocky start, Osisko largely rebuilt its corporate image. For instance, in 2011, the company voluntarily started setting aside the more than $44-million that will be required to restore the Malartic mine. It didn't wait for the Quebec government to pass a stricter law on financial guarantees, as the province is now facing a staggering $1.25-billion bill for the cleanup of its abandoned mines.

Even if Osisko employs close to 600 workers in a town of 3,500, the mine's social acceptance remains fragile. For instance, the noise from the mining operations has led to tense negotiations on the duration and time of the blasts.

For many, nonetheless, better the devil you know than the one from Vancouver.

"There are going to be talks for sure, and we want to be a part of them," Malartic Mayor Martin Ferron said in a Radio-Canada interview. Even the Board of Trade of Metropolitan Montreal expressed its concerns. Alluding to the "half a billion dollars worth of contracts" given out by Osisko to Quebec companies, a number of which are based in Montreal, the board's chief executive officer, Michel Leblanc, noted that the company's benefits "far outweigh the investments made by foreign companies who operate this type of deposit in Quebec."

But as concerned as the Quebec business community may be, there is nothing it or the provincial government can do. Goldcorp isn't foreign: Its head office is in British Columbia. As such, its takeover offer would not be subject to an Industry Canada review under the Investment Canada Act. Those reviews, ironically, have become more unpredictable in high-profile cases ever since the loss of Canada's biggest mining giants (Inco, Falconbridge) spurred a belated protectionist sentiment.

The Quebec government has been wanting to give Quebec public companies the right to say no to an unsolicited offer ever since American retailer Lowe's Cos. Inc. set its eyes on hardware chain Rona Inc. But Finance Minister Nicolas Marceau has yet to follow through on that commitment. He is waiting to hear from the advisory committee that is looking into this, and on which sits former finance minister Monique Jérôme-Forget; its findings should be made public in the coming weeks.

The Parti Québécois appears to have wisely given up the idea to create a $10-billion fund to protect Quebec companies, an electoral promise that had "disastrous investments" written all over it. And as the Caisse de dépôt et placement du Québec owns only 4.4 per cent of Osisko's outstanding shares, according to Bloomberg, there is little the Quebec pension fund manager can do either.

So Osisko is left to its own resort to fend off Goldcorp after five years of on-again, off-again merger talks between the two companies, according to Goldcorp's filing. Osisko's poison pill (rights by which common shareholders other than the acquirer can buy additional shares at a significant discount) can provide the company more time to extract a better price from Goldcorp, which made an opportunistic offer with a low-balled 15-per-cent premium. Or Osisko could find a white knight.

In any event, chances are that after losing Cambior in 2006, Quebec will part with one of the few remaining Quebec-based mining companies with producing mines, not just exploration and development projects. And for a province that long held grand Plan Nord dreams, that is a very sobering thought. 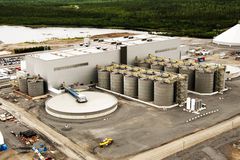 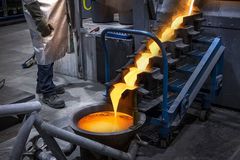 Goldcorp strikes, while the bidding is not so hot
Subscriber content
January 13, 2014 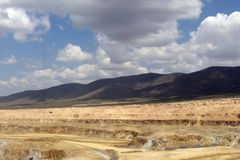 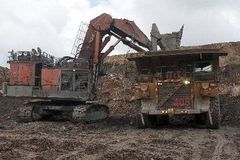 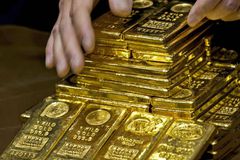