The Liberal government is undertaking a wholesale review of the environmental rules for approving major resource projects, though the current reviews of controversial pipeline proposals will proceed under the existing regime.

The federal announcement came as the City of Vancouver launched a court challenge against the National Energy Board's review of Kinder Morgan Inc.'s proposed $6.7-billion expansion of the Trans Mountain pipeline to nearby Burnaby, B.C.

In a statement, Mayor Gregor Robertson called the NEB review "flawed and biased," as city lawyers argued the regulatory panel failed to adequately consult communities along the pipeline's path and ignored scientific evidence.

In the lobby of the House of Commons, six federal ministers announced Monday that Ottawa would embark on a lengthy review that the ministers say is aimed restoring credibility to the environmental review process.

The Liberals will appoint expert panels to review a series of laws, including the National Energy Board Act, the Canadian Environmental Assessment Act, the Fisheries Act and the Navigation Protection Act. They're due to report next January.

"We need to build trust in the environmental assessment process and we need to modernize it," Environment Minister Catherine McKenna said in defending the lengthy consultation period.

In 2012, the Conservative government overhauled the environmental review process in order to streamline reviews, shorten the hearing process and reduce the hurdles for industry to win approval for major resource projects.

"Canadians want to know that they can count on the government's assessment processes," said Fisheries Minister Dominic LeBlanc, who said his department will lead a review of key legislation to, among other things, ensure the protection of fish habitat is restored. "They want us to ensure the economically beneficial and environmentally responsible projects are advanced and projects with minimal benefits and high risks are not."

In May, the National Energy Board recommended the federal government approve the Trans Mountain project, subject to 157 conditions being met. Natural Resources Minister Jim Carr established a three-person panel to conduct further consultations with the intention of reaching a final cabinet decision by Dec. 19.

Last week, the NEB announced it was officially starting its review of TransCanada Corp.'s $15.7-billion Energy East project, which would deliver 1.1 million barrels a day of western crude to eastern refineries and an export terminal in Saint John, N.B.

Natural Resources Minister Jim Carr noted Monday that the Liberals announced in January that projects for which applications had already been made would not be required to "go back to square one" and be forced to wait for the planned regulatory overhaul. Instead, he and Ms. McKenna added a series of "interim measures" to continuing reviews, including increased consultations with indigenous communities and a greater assessment of the impact that projects would have on greenhouse gas emissions.

On Vancouver's challenge to the NEB's Kinder Morgan review, Mr. Carr said the government had addressed some of the problems in the existing review process by imposing those additional interim measures.

Mining Association of Canada president Pierre Gratton welcomed the review, saying the previous government's changes did not deliver the promised improvements. His members still face "onerous" Fisheries Act regulations, while the department that administers them is seriously understaffed, he said.

The Canadian Association of Petroleum Producers said its members worked effectively under the existing system. "We anticipate that any changes to the environmental assessment process will further showcase the performance of our industry and it will take into account the rigorous environmental reviews that are already in place at the provincial level," CAPP spokeswoman Chelsie Klassen said.

While applauding the promise of major revisions, some environmental groups complained the Liberal approach has left in place a seriously flawed review process for Trans Mountain, Energy East and other resource projects – especially for Energy East, for which the review is just beginning.

"This is a government that conducts endless consultations but is completely unable to make tough decisions that are in the national interest," he said. 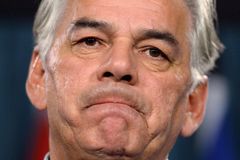 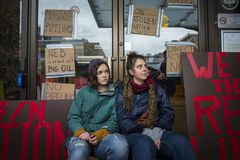