Rich Coleman told reporters that talks are proceeding on the project despite a report in the Financial Times quoting the company's chief executive officer Shamsul Abbas that he is "ready to call off" the Pacific Northwest LNG project.

"I know what's going on at the table and I know there's good progress," Mr. Coleman said at the annual convention of the Union of B.C. Municipalities, in Whistler, B.C. He was taking a break from of the business of the UBCM to deal with the fallout from the report.

Mr. Coleman said the Financial Times report prompted him to call Petronas today, and when he did he was told, "Our negotiations are going fine." He declined to say, exactly, to whom he spoke, citing the need to maintain the confidentiality of talks.

The Financial Times report quoted Mr. Abbas as saying in an interview he is "ready to call off" the project amid a delayed regulatory approval process, plans by the B.C. government to impose an LNG tax and a "lack of appropriate incentives."

Mr. Coleman said the government continues to work on a tax regimes for the liquefied natural gas sector seen as a major economic prospect for the province, one that could create thousands of jobs and eliminate provincial debt. More than a dozen LNG ventures are envisaged for B.C.

The report comes as Canada's plans to become a major exporter of LNG – particularly to Asia – face intensifying global competition.

There are more than a dozen ventures envisaged for B.C., far too many given the rapid expansion of exports from the shale-gas rich United States, Australia, Qatar, Nigeria and elsewhere, experts say.

"The way things are developing the project remains uncertain and I doubt we will be able to make a positive [final investment decision] by year-end," Mr. Abbas is quoted in the FT article.

"Rather than ensuring the development of the LNG industry through appropriate incentives and assurances of legal and fiscal stability, the Canadian landscape of LNG development is now one of uncertainty, delay and short vision," Mr. Abbas said.

He is expected to visit Canada Friday.

According to the Financial Times report, he said that the U.S. is now "leading Canada by a far stretch" in the LNG game. Canada is "already 40 years behind in the game," he said.

B.C. Premier Christy Clark is a keen promoter of the development of LNG export facilities in the province. The government is set to pitch the benefits of LNG development at local public meetings next month. It says the construction of five plants could create 58,700 direct and indirect construction jobs as well as 23,800 positions in LNG plant operations.

Provincial officials say they are confident progress is being made in clearing all the regulatory, environmental, fiscal and other hurdles to allow for work to get under way.

The province is expected to unveil LNG tax rules next month, just as LNG promoters get closer to making final decisions on whether or not to greenlight the expensive, large-scale projects; facilities to be built include export terminals and pipelines.

The natural gas, in liquid form, would be shipped aboard tankers to energy-thirsty Asian markets.

Petronas is leading a partnership for construction of a natural gas liquefaction and export facility on Lelu Island in northwestern B.C.

It has a 62-per-cent stake, while Chinese energy giant Sinopec has a 15-per-cent interest, Japan Petroleum Exploration Co. Ltd. and Indian Oil Corp. are in for 10 per cent and PetroleumBrunei owns a 3-per-cent interest.

Other major proposals include one led by Shell Canada Energy. 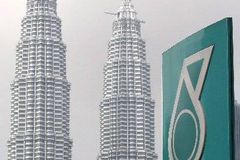 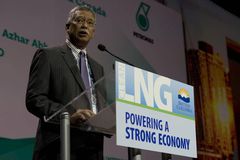 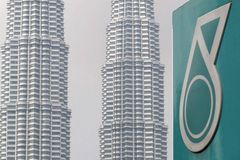 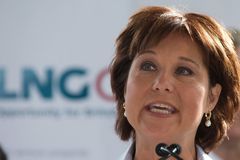 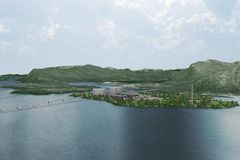 Follow Ian Bailey and Bertrand Marotte on Twitter @ianabailey @globemontreal
Report an error Editorial code of conduct
Due to technical reasons, we have temporarily removed commenting from our articles. We hope to have this fixed soon. Thank you for your patience. If you are looking to give feedback on our new site, please send it along to feedback@globeandmail.com. If you want to write a letter to the editor, please forward to letters@globeandmail.com.
Comments