Delayed oil pipeline construction is causing a steep discount for Canadian crude prices that is costing the economy roughly $15.6-billion a year or about 0.75 per cent of GDP, according to Scotiabank.

Canadian producers would need Line 3 and at least one of the other pipelines to go forward or face indefinite pipeline constraints that would have an impact on Canada's well-being with consequences that extend well beyond Alberta, said Perrault.

"The elevated discounts come with a steep economic cost, and represent to a large degree a self-inflicted wound," he said.

The latest economic impacts of the pipeline constraints come as Alberta and British Columbia continue to quarrel over the construction of the Trans Mountain project, pitting arguments of economic impact against the importance of protecting coastlines and limiting greenhouse gas emissions.

The current squeeze in pipeline capacity has been expected for some time, but the leak and temporary shutdown on TransCanada's Keystone pipeline last November sped up the problem, said Perrault.

The shutdown led to oil storage tanks in Alberta to fill to record volumes and sent the spread between Western Canadian and U.S. crude to more than US$30 a barrel, while the regulator-imposed 20 per cent reduced capacity on Keystone has continued to limit a recovery.

The discount on Western Canadian oil production since the spill has hovered around US$24 a barrel, much higher than the US$13 spread for the past two years, and Scotiabank expects it to average US$21.6 a barrel for 2018.

Western Canadian production is discounted somewhat both by quality and transportation costs, but has spiked several times in the past decade as pipeline space runs tight. 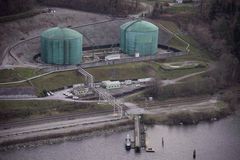 Technology to free up pipeline capacity still years away from commercial deployment
February 18, 2018 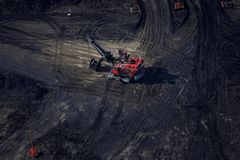